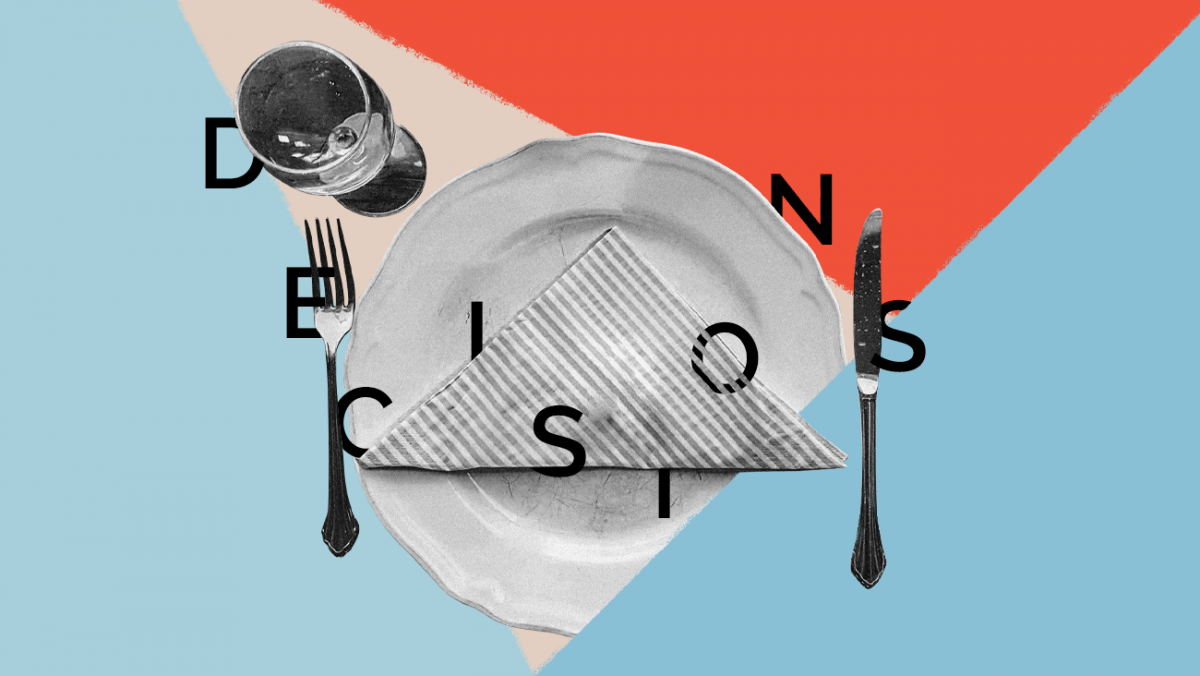 Where to Eat Lunch

One of the nice things about a downtown location is the lunch options. We can walk to a lot of places. Right next door is Toasters, a sandwich shop specializing in paninis. Then there’s Siegfried’s, a German delicatessen on our street, and Eva’s Bakery on Main Street, whose macarons are independently worth any effort. With so many options, it’s hard to choose.

I was sympathetic, in fact, when I read about “Elliott,” a patient who walked into the office of neurologist Antonio Damasio in 1982—he had a problem. When Elliott chose where he was going to eat lunch, he had to carefully consider each restaurant’s menu, the comfort of the seating, the lighting scheme, and then he’d drive to each place to see if it was too busy. But even after all that, Elliott still couldn’t decide where to eat lunch. Elliott’s indecision was—literally—pathological. A few months before, a small tumor, located near the frontal lobe of his brain, had been cut out of Elliott’s cortex. Prior to the operation, Elliot had always been an exemplary father and husband. He had an important management position at a large company and he participated in his community church. However, after the surgery, everything changed. Even though Elliott’s IQ remained the same (97th percentile), he exhibited one serious psychological problem—he couldn’t make a decision.

It was so severe, that Elliott’s life fell apart. Upon examination, Damasio said that one thing stood out, “I never saw a tinge of emotion in many hours of conversation with him: no sadness, no impatience, no frustration.” He didn’t even exhibit any feelings about the tragic turn of events in his life. He had no emotional existence whatsoever.

It became apparent that Elliot’s issues were a clearly unexpected result of the brain surgery. It was also incorrect to assume that a person lacking any emotions would be equipped to make better decisions. Elliot’s pathology suggested that emotions are indeed a crucial part of the decision making process. When we are cut off from our feelings, even lunch options become impossible, as “A brain that can’t feel, can’t make up its mind.”

The impact on brand science is obvious. We think we’re always rational beings, making decisions about consumer and business choices with deliberate, practical consideration. In actuality, we’re relying on our emotions to short circuit the decision-making process much of the time. Our emotional brain is quick and effortless. That’s why we rely on it time after time. That’s how brands become loved. That’s how brands become tribal.

Emotion is the first step in the Performance Model: Emotion > Perception > Behavior > Performance. It goes like this: if you want to affect the performance of your business, make an emotional connection with your potential customer, which changes their perception, which affects their behavior and drives the performance of your business. We have literally watched this happen recently with a client of ours. We never asked to do their social media—they asked us—and we approached the work believing if we could connect emotionally with their target audience, then we could make a difference. Our social media posts have emphasized highly creative solutions because execution is where and when the rubber meets the road. It either connects emotionally or it doesn’t. Since we began, sales for our client have increased 300%, and they couldn’t be happier.

And if you’d like to go to lunch in downtown Salt Lake I can help you choose.