the science of taglines

At the beginning of the 2016 fiscal year, Coca-Cola, the world’s 3rd largest brand in 2015 according to Interbrand, rolled out a brand new slogan to take over for the 7-year-old “Open Happiness” line. The sentence to grace their ads and packaging for the foreseeable future has been changed to “Taste the Feeling.”

To the untrained eye, this is just a line—barely even a sentence. Why is it such “big” news?

For clarification, a tagline is not a slogan. Julie Quick, head of insights and strategy at Shoptology in Texas said in an interview with AMA.org, “Taglines tend to be about the company, whereas slogans tend to be more about the products, the marketplace, the consumer and a need met.” For example, Apple’s tagline is “Think Different” and their latest slogan for the iPhone 6S is “The only thing that’s changed is everything.”

Unfortunately, little research has been made public about how often companies in different industries change slogans and taglines, and whether or not the changes are effective.

The intent behind Coca-Cola’s new branding language is because of a change of strategy—to be centered more around the products as a whole rather than several campaigns for each Coke product. Now each product will use the same slogan, creating worldwide unity within the company unlike the famously clever Coke Zero ads, a story where Coke Zero executives wanted to take legal action against Coca-Cola for “stealing” their taste.

Why is all of this important? For the everyday person walking the street, it means very little besides the personal interpretation of what the “feeling” Coke is trying to invoke.

For businesses, it demonstrates a new bar of branding. Coke’s new slogan is airtight, especially for being only three words. It leaves a majority of interpretation in the hands of customers. It also guarantees a brand experience every time the bottle is brought to their lips. By allowing the new slogan to be directed by the strategy of unifying the products on the brand level, it brings down cost of marketing significantly—instead of paying for several different campaigns for several different products, they only have to pay for one.

Their ads are (in my obviously solicited opinion) better, too. “Under Pressure,” featured in AdWeeks’s article about the change, helps position Coke as a central force in the everyday lives of their audience, showing that the taste rewards them with the same feeling of successfully completing a long-sought-after task.

Not to say Coke is the only company to follow this strategy—a lot of lifestyle companies do, too. In the future, however, other companies will follow suit by pulling ideas inward to the overall brand level, focusing less on the products as individual entities.

Every brand has the opportunity to stand out on their own, learning from brands like Coke-Cola and the other leaders in brand and advertising innovation. Modern8 is Salt Lake City’s own brand architects, and can help you make changes to your brand, small and large, so you can compete with the brand-verse around you. We invite you to check out our work to see how we can help you. 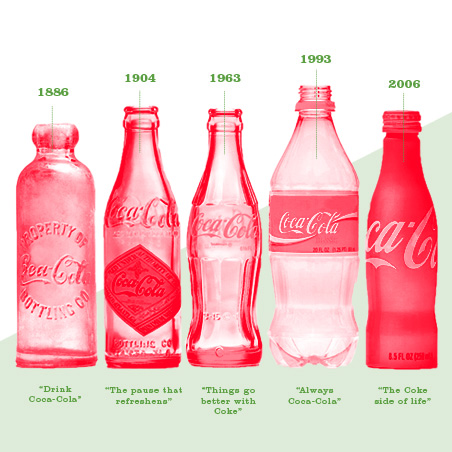