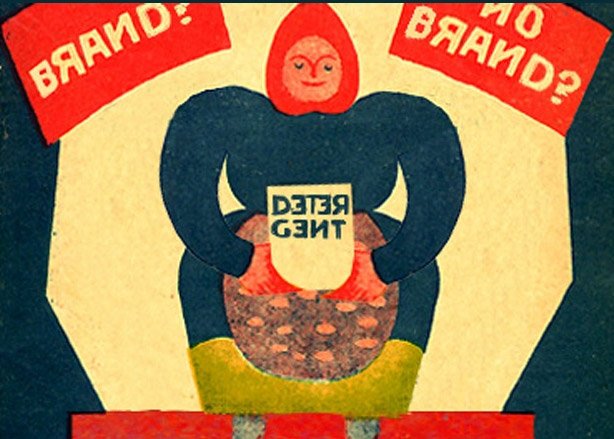 ..."The ability to identify and differentiate between options in the marketplace seems to be a core concern of buyers."

As the old saying goes, there are two sides to every coin. The idiom certainly describes branding, which has seen its share of detractors and proponents throughout the years. On the negative side of the proverbial coin, branding is portrayed as nothing more than rhetoric a company force-feeds their customers to carefully craft a corporate image of their product. On the flip side, however, we think that branding provides a valuable service to the consumer.

In defense of branding, Steven Kroter recently wrote “The ability to identify and differentiate between options in the marketplace seems to be a core concern of buyers.” To prove his point, he relates the following story about consumer behavior in the early days of the Soviet Union:

When products were sold under a generic name, the factory manufacturing the product had to mark its identity on the packaging. Customers soon realized that a detergent powder produced in one factory was superior to another in quality. Eventually, housewives would turn the packaging around while purchasing to identify the origin of the product and make their choices on the basis of its manufacturing location. The serial number of the factory had become a brand as it is differentiated from other similar detergents, which, according to the state, were supposed to be identical in formulation and in every other way.

Besides being an interesting example of consumer behavior, this example can teach us a couple things about the positive aspects of branding:

First, in the absence of company-provided mechanisms to differentiate products, consumers will do it themselves. In this case, they used the only cues they had available to them–the factory serial number. Imagine if a consumer had to carefully examine every product for factory codes before a purchase! With that in mind, product branding actually provides a valuable service to the customer–allowing them to streamline their purchasing decisions based on past experience.

Second, we learn that a brand name, logo, or tag line did not persuade the Soviet shopper to buy the specific detergent. It was the quality of the detergent that made them choose the brand. If this is true, then consumers may not be as gullible as branding opponents say they are. This would also prove detrimental to any company that tries to rely on branding alone to move their products or services. If you want to build a strong brand in the mind of the consumer, you need to provide a good product, and allow consumers to use branding to distinguish and recognize the positive attributes.

If these lessons are to be believed, then branding power truly is in the hands of the customer. They are the ones searching, and it would be much easier if the products they trust were clearly marked. In this light, companies are actually providing a service to the customer when they differentiate their product or service through branding.

Previousgood design is good business
Nextsearching for a different tribe