People don’t buy what you do, they buy why you do it.

In a recent engagement for brand strategy, I was interviewing a client and asked the question, “Other than making money, why was this business created?” What followed was a lot of stammering and stuttering, and finally the frank admission—there was no other reason—the pursuit of the almighty dollar was simply it.

Cody was considering starting his company in another city, somewhere with more cachet than Salt Lake City. Interestingly the decision came about in conversation with an exasperated therapist who asked, “Cody, what do you want?”

“My most honest reaction was that I wanted to build cityhomeCOLLECTIVE in Salt Lake City”, Cody related. “I wanted to be inspired by those other cities, but I wanted to create it here. I grew up in Salt Lake City, surrounded by the mountains, where I have my friends, my family. The people in this city are so special. All I have to do is re-create the city to become something new. It’s way easier than getting 40 friends and family to move somewhere else”.

If you’re a member of the AIGA in Salt Lake, you’re familiar with cityhomeCOLLECTIVE, because they are a major sponsor. But if you’re like me, I didn’t know what they did—at least not at first. The AIGA is the professional association for design, so typical sponsors are printers, stock photos and paper distributors. But cityhomeCOLLECTIVE is a primarily a real estate broker. As it says in funky neon on their prestigious South Temple address, “We sell houses.”

“I feel very strongly about how much the space around us affects us”, said Cody. “Our interior space, our neighborhood, the city, the state—how can we make this a more beautiful place to live? Whether it’s the city itself or our interior home, it’s all space. How can we attract others with a common goal? How can we get Salt Lake to become more open-minded, more accepting, and not have to leave the city because it’s too conservative. We crave this city and we’re willing to work for it.”

All of this contributes to a much bigger mission than a typical real estate broker, admits Cody. The COLLECTIVE’s manifesto is posted on their website, and it’s powerful. “For all its idiosyncrasies and backward notions, Salt Lake City has nabbed our hearts. Our collective commitment to its betterment and growth is as good as temple-sealed. We’re not critics, we’re advocates,” it begins.

Cody’s story of why he founded cityhomeCOLLECTIVE matches the strategy of the now famous TED talk of Simon Sinek, who said, “People don’t buy what you do, they buy why you do it.”

“Why do you support the AIGA?” I asked, “We’re just a bunch of poor designers. There doesn’t seem to be any direct correlation.” Cody responded, “When the manifesto is strong enough, you’ll make decisions on what to support, by what the manifesto says. We want to support the arts, graphic design, interior design, artists, makers, creators. If we see an organization that supports that, so do we. It doesn’t matter what their income is. Whether they can they afford to buy a house never crosses our minds. So many people think I’m nuts. I don’t focus on my ROI, I don’t care. It’s supporting the mission, contributing to the city.”

“The goal is not to do business with everybody who needs what you have”, says Sinek in his TED talk, “the goal is to do business with people who believe what you believe.” Clearly, people believe in cityhomeCOLLECTIVE, who regularly sells homes in the seven-digit range, who has 15,000 Facebook followers, and 60,000 unique visitors to their website a month, from 200 countries, with an average bounce rate of 3.5 minutes.

The COLLECTIVE is a prodigious disseminator of outbound marketing. Unfailingly, every Friday morning, they send an email with a lead article, and four supporting stories. Each story is accompanied by gorgeous photography and witty copy. “There has to be a commitment to the cost of doing it right, or you probably shouldn’t do it.” I nearly always open their email and I’m not even looking for a new home. A recent property description read, “If houses were Saved By The Bell characters, this one’s Zack Morris. If casas were aged rock gods, we’ve got your Mick Jagger.”

Together with a continuous stream on Instagram, Facebook, Pinterest and Twitter, I asked who puts all this stuff together. “We do. It’s crazy to have a real estate agency staffing an entire in-house advertising agency, but it works and we all contribute.” The company has about 30 on staff (“a motley crew and family of misfits”) half are agents, but also included are writers, a photographer, and an editor who fashions the voice and personality that is so evident.

Not withstanding an emphasis on modern communication techniques, cityhome has spent a significant amount on traditional print media, local newspapers, the New York Times regional edition, and local magazines. The approach is the same. “You pay so much to create good content; you have to be able to provide something that’s valuable.”

One of the value adds for cityhome is interior design. Originally provided as a pre-sales service, to stage the home before a photo shoot, it soon went beyond that. “What if we could tear this wall down, paint it this color… I was talking through it, suggesting we need to get more light, etc. There never has been a time when interior design and staging weren’t also associated with cityhomeCOLLECTIVE. Adding design as a fee for service was natural because of who we are. We’re passionate about advertising, marketing—the creative brain. For me, there was no way that I would feel satisfied just selling houses. It had to include marketing, advertising and design. From the outside, it might seem crazy that I have designers and photographers. To me, it makes perfect sense. I’m just following my passion.”

For cityhomeCOLLECTIVE, why they’re in business is pretty clear, it’s their four-word tagline: “Love where you live.” 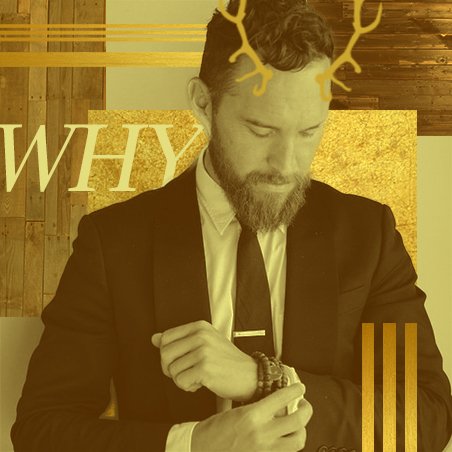