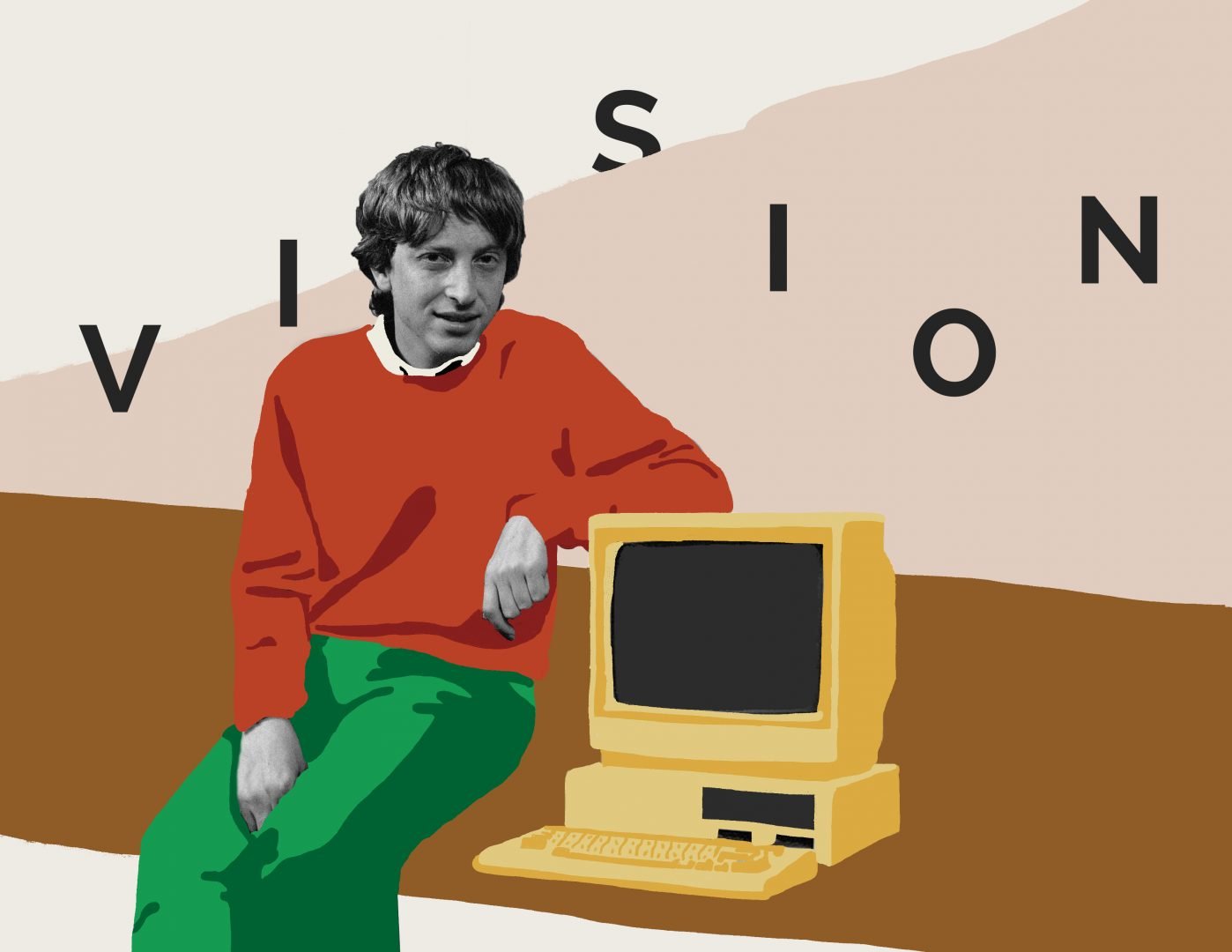 Executives set the vision but the designers execute it.

“A computer on every desk and in every home.”

That was the imaginative and unfathomable vision statement Microsoft wrote when they were founded in 1975—only 45 years ago. In the years that have passed since, that vision is a reality.  A vision statement is exactly what it sounds like. It’s a statement that describes where the company envisions itself to be upon achieving their mission, and the executives of the company have the responsibility for setting such an aspiration for an organization.

But for many, the problem isn’t setting the vision—it’s executing the vision. And according to a comprehensive new report, design can make that vision real.

The Chicago-based IIT Institute of Design has completed a major study, titled “Lead with Purpose,” with the purpose of identifying design’s role in realizing executive vision. The Institute, founded in 1937 as the New Bauhaus, conducted qualitative one-on-one interviews with over 50 business and design practitioners.

We’re past the point now where we feel the need to promote the idea that design makes good business sense. Recent reports from Fjord, InVision, and McKinsey have clearly and quantifiably demonstrated that design offers great value to organizations. What the ID study makes clear now is where design meets strategy.

The vision of an organization, set by the executives, is strategic. But as one respondent in the report said, “The connection of strategy to execution is where we fall down, and frankly a lot. There are huge gaps between all the strategy and thinking and then the ability for the organization to execute on it.” As designers, we are well suited to bridge the gap between abstract visionary ideas and concrete tangible outcomes. The report states, “Designers thrive in the face of ambiguity. The intent set out by the organization’s business leaders should be visionary, and, as such, it will likely be lofty as well. Designers can take the same competencies and methods (foresight, systems thinking, etc.) that they put toward building products or solutions and orient them toward achieving that vision.”

There are six skills that an organization should seek in order to move from vision to execution: storytelling, prototyping, foresight, facilitation, collaboration, and systems thinking.

You should be able to boil down your brand story into a sentence that reflects your point of view. Create an infographic that dispels ambiguity. “That’s the difference between a designer and a scientist or technician. The technician could give you a hundred pages of data that probably says the same thing that a designer would say in two sentences.”

It’s a well-accepted principle that testing business ideas and products should occur early in the development process. The oft-repeated axiom “fail early and fail often” is testament to the value of prototyping. Sketches, mockups, and models are all means to rapidly try ideas out with your user and with your business to learn from the experience.

Seeing a forest while bumping into trees is a common problem for organizations. Too many executives are simply blind to the different types of disruptions that are happening in their industries. As designers “we help them understand the drivers of this disruption and the implications and how to manage and continue to grow or innovate within the disruption.”

Organizations pretend to know how to implement high-level, visionary goals. “How we shape—and facilitate—activities to get to those goals is where design comes in.”

It’s not just the marketing or communications departments that are responsible for executing visionary strategy. Manufacturing, R&D, sales—they’re all important. “A mature design organization leverages design to support its other functions. It’s not design as a service. It’s design as collaboration.”

Designers think differently than business school grads, who tend to think linearly, numerically, and logically. Designers think spatially, visually, and emotionally to make connections and conclusions missed by others. Designers are saying, “What other folks in the business do we need to be talking to, to make this all work?”

For strategy to succeed in propelling an organization forward it needs to be both, envisioned (intent) and realized (effect).

“There is currently a great opportunity [for designers] to lead an organization on the pathway from intent (strategic vision) to realizing that intent both within the organization and outward to the broader world (effect).”

PreviousBuying in a Design Centric World
NextSpotlight on Ritual Chocolate