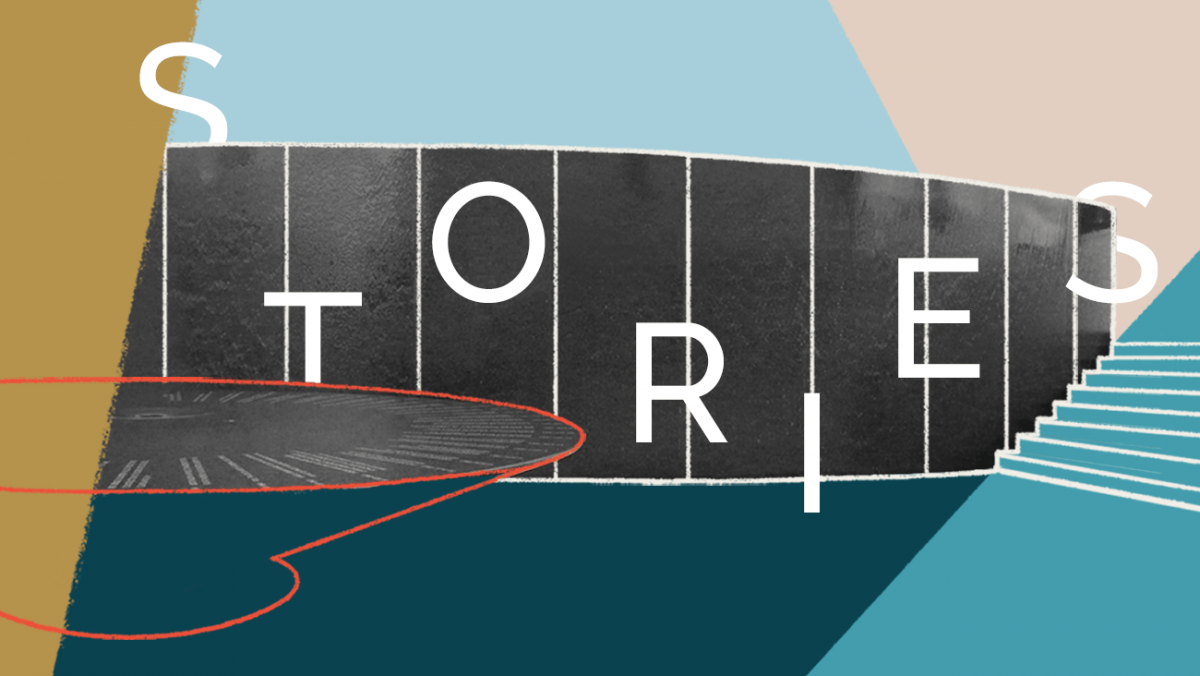 The principles of storytelling don’t change in the age of social media.

After five vehicles, I decided I had had enough of expensive repairs, and no longer felt a need for status cars. I walked the short distance from the BMW showroom to the Mini dealership, which is owned by BMW. The Mini, although introduced a few years before, had a story that still rang clear in my head. Instead of the typical ads showing cars curving around mountain roads or stopping in front of fancy hotels, the Mini “Let’s Motor” campaign was built on an irreverent attitude toward big American cars and competitors. Pun-filled billboards and cool magazine ads with pop-up 3D Minis added to the anti-big story. The most audacious visual of all, were the gigantic SUVs driven around Manhattan with Mini’s strapped to the roof. When I bought the car, I was given my own website where I could watch the progress of manufacturing and shipping of my vehicle from England. I became emotionally invested in the Mini story. Clearly, this was part of their brand strategy, and I was all in.

Telling stories are part of human nature. We’ve been doing it for a long time. Mankind has always passed on knowledge, learned lessons and imagined adventures through storytelling. We use stories to give our ideas context and meaning.

A transformative story idea will almost self-propagate and diffuse on its own. This is true in business, as it is in life, and now often relies on social media to spread. Your employees and customers can help, but first, they must understand your story and where it is going. This is particularly a problem with technology companies, where understanding product advantages can be difficult to grasp.

Such was the case with Intel, who in 1990, was an unknown supplier of microchips. A product buried deep inside your computer—which you never saw and cared little about—until Salt Lake City-based, Dahlin Smith White, changed the value perception of the product with their remarkable “intel inside” brand story. Intel is now a $60 billion company and the second largest semiconductor chip maker in the world.

Brand storytelling is not inventing a story. In fact, the very reason your brand exists is due to stories when you describe how and why you developed the products and services you offer. Your solutions and their value is a story itself when told with emotions.

Good storytelling is not just an informational presentation of facts; that may be valuable content, but it’s not storytelling. It’s about emotions and experiences, and it requires certain fundamental elements. The best stories share the following, even when presented abstractly.*

> Setting: The setting orients the audience and provides a sense of time and place for the story.

> Characters: Character identification is how the audience becomes involved in the story and how the story becomes relevant.

> Plot: The plot ties events in the story together, and is the channel through which the story flows.

> Invisibility: The awareness of the storyteller fades as the audience focuses on a good story. When engaged in a good movie or book, the existence of the medium is forgotten.

> Mood: Music, lighting, style of prose and vocal timbre all create the emotional tone of the story.

> Movement: In a good story, the sequence and flow of events is clear and interesting. The storyline doesn’t stall.

The seminal book, Universal Principles of Design, annotates how each of the above elements are used in the Civil Rights Memorial in Montgomery, Alabama. The memorial was designed by Maya Lin, who is best known for creating the Vietnam Memorial in Washington, D.C. The memorial is a fountain in the form of an inverted, asymmetric, stone cone. A film of water flows over the base of the cone, which contains the names of 41 individuals who died in the struggle for civil rights in 50s and 60s.

Despite the obvious differences between conventional storytelling and a stone memorial, each of the six storytelling elements above, from setting through movement, are present and active in the Civil Rights Memorial.

Use storytelling to engage your target audience in your brand and evoke an emotional response. When successfully used, the audience will very personally experience and remember the story. This is a phenomenon that is nearly unique to storytelling.

*In 2001, Randall Smith, the founder of modern8, had just ended a difficult partnership from a short lived entity. The abruptness and jolt of the split forced Randall to restart and begin again with a fresh perspective. A renewed way of viewing things, seeing things and thinking about things, which required not only a new name but an entirely new philosophy. As a means of revitalizing the marketplace, modern8 was born out of a need that reached beyond just design. No longer were only creative services sufficient. Companies needed more than a logo or a brochure to convey themselves to their customers, but rather a more cohesive, emotional, valuable approach—they needed their brand. In recognizing such a need for businesses, Randall worked to create and deliver a process that could guide, distill and provide the foundation for a company’s brand. Randall created, what modern8 still uses to this day, the Emotional Branding 5d Process, which was a marriage of design services and necessary strategic approaches to achieve shared goals. This process has become the long lasting foundation and approach for modern8, and how we continue to complete every project, big or small.

Our story’s setting took place in 2001 at the time of modern8’s founding. A time and place where the concept of branding was more often than not associated with “identifying cattle” and not for marketing goods and services. The main character is the founder and creative director of modern8, who had previously offered creative services for many years to predecessor companies, but had never thought to combine design with strategic services. The main plot surrounds the unique foundation of a fledgling company that happened due to a swift turn of events and the creation and approach of the 5d Process—a honed integration of strategy and design.

Now, this story of our founding and process development has been told numerous times, most often during in-person and new business pitches. Our story serves as a distinct differentiator between us and our competitors. Although we don’t know how invisible modern8 is when Randall tells the story, we have certainly landed a lot of clients through the telling of it. The story establishes a mood that is both emotional and relatable with much of it visibly evident through the personal conviction of the founder, as well as the value proposition the 5d Process holds. From the heart of the story to the end of the story, there is constant movement that helps to convey who we are, what we do and how we do it. The details are as apparent as the progression and movement of our 5d Process, in obviously, five steps.