I’ve sat through a lot of business speakers’ presentations (and some I’ve slept through). But despite a rather low-key presentation style, the speaker I heard a couple weeks ago at a Utah Technology Council industry breakfast was just short of revolutionary. The subject was “The Innovators DNA” by Dr. Jeffrey H. Dyer, professor of strategy at the BYU Marriott School of Business.

Designers like to think of themselves as innovative. But Dyer says that innovation is not a genetic predisposition. Which is good, because these days, everyone wants to be innovative, from the CEO to the mailroom clerk (who suggested we do away with snail mail altogether).

“The Innovator’s DNA” was also published by the Harvard Business Review, written by Dyer and his cohorts at Harvard (Clay Christensen) and Insead (Hal Gregerson) Universities. The article and Dyer’s presentation both acknowledge that very little is known about what makes one person more creative than another. How do visionary entrepreneurs like Apple’s Steve Jobs and Amazon’s Jeff Bezos come up with innovative new ideas?

According to a six-year study conducted by Dyer and his associates, “habits of great innovative leaders define the foundation of their creative thinking.” Their research showed that five discovery skills distinguish the most innovative entrepreneurs and distinguish them from other executives.

This cognitive skill is the backbone of the creative process. Associating is triggered by the other four discovery skills. It is the ability to successfully connect seemingly unrelated questions, problems or ideas from different fields. Steve Jobs made the same point in his Stanford commencement address, when he explained how an impromptu college class in calligraphy influenced the introduction of sophisticated typography and proportional letter spacing on the first Macintosh.

Ask “Why?” and “Why not?” and “What if?” If you’re an innovator, you constantly ask questions that challenge common wisdom. According to Meg Whitman, former CEO of eBay (and current California gubernatorial candidate), “They get a kick out of screwing up the status quo.” Good questions impose constraints and as Charles Eames said, “We should embrace constraints”.

A few years ago I was visiting my daughter in her cramped New York City apartment, where I witnessed the anthropological observations of two researchers. For my daughter, it was simply a way to earn $75 by answering a few questions while being videotaped. For the researchers, it was a chance to see small behavioral details. They were intrigued, for instance, by the way my daughter would switch between a home computer and a sewing machine on the only small tabletop in the apartment. The observing skill fits the Japanese concept of genchi genbutsu—“going to the spot and seeing for yourself” perfectly.

Designers call this prototyping, or simply making a mock-up. Entrepreneurs may call it launching a pilot. It’s all the same thing: experimenting. Designers are used to a process of iteration. You try it one way, you try it another, you see what works. Jeff Bezos, believes experimentation is so important that he aggressively promotes it. “I encourage our employees to go down blind alleys and experiment. We’ll get a lot more innovation.”

I’ve networked for years, but my primary objective was to find new business. According to Dyer’s research, we need to meet individuals with different kinds of ideas and perspectives to extend our own knowledge base and to find and test new ideas. We need to go to conferences like TED (Technology, Entertainment, Design), started by the architect and graphic designer Richard Saul Wurman, and network with artists, entrepreneurs, academics, politicians, adventurers, scientists and thinkers. The TED Web site proclaims “Riveting talks by remarkable people, free to the world.”

“It is important to remember that creativity and innovation are things that can be cultivated,” said Dyer. “Only one-third of the ability to think creatively comes from our genetics, the other two-thirds of the innovation skill set come through the learning and practice of these five discovery skills.” Dyer even suggested holding regular idea lunches, where you share innovative ideas with invited people from diverse backgrounds. I’m starting one up in Salt Lake City. Send me an email if you’re interested. 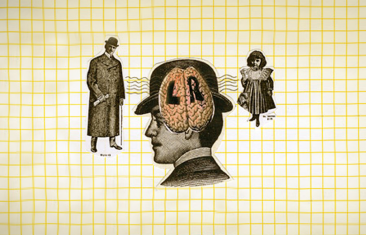 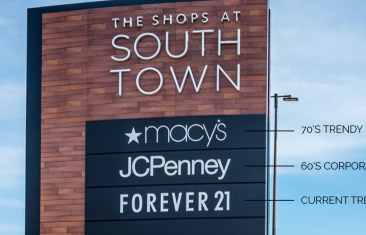