The best identities last quite awhile. Changing with every trend suggests a graphic solution that is based on fads instead of design principles. The modern8 symbol and wordmark were designed 17 years ago and had remained unchanged.

With the launch of our new website last fall, we formally introduced the updated modern8 look and feel, which had been evolving over the year. Here’s how it works.

With new management at modern8, the objective was to suggest a new direction and update the identity. We wanted to create a design language that allowed us to be expressive while working within a defined menu of components.

“We designed a palette of expressive elements that would allow for brand consistency while still leaving room for abundant creativity.” — Alyssa, Senior Designer 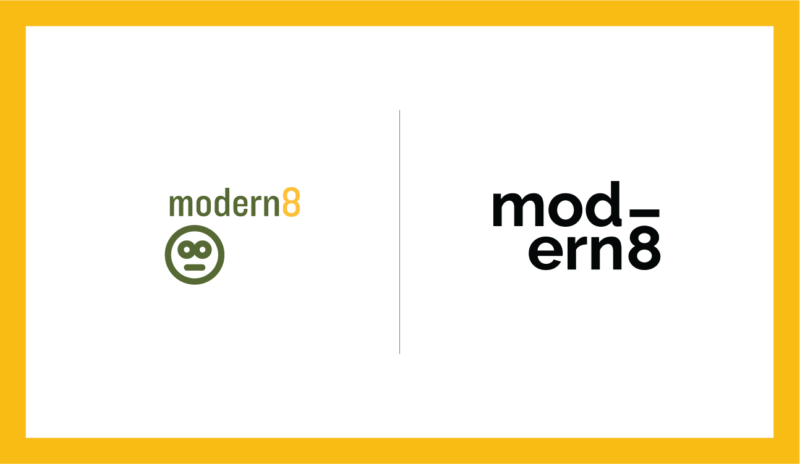 The package of assets that comprise our identity work harmoniously together: the wordmark, the symbol, the lettermark, the colors, typography and photo and illustration styles. Each are complementary and distinctive.

“We wanted the new identity to maintain the legacy and equity of what was established in 2001, but feel fresh and modern and reflect the vibrancy of our team.” -Alysha Smith , Managing Director 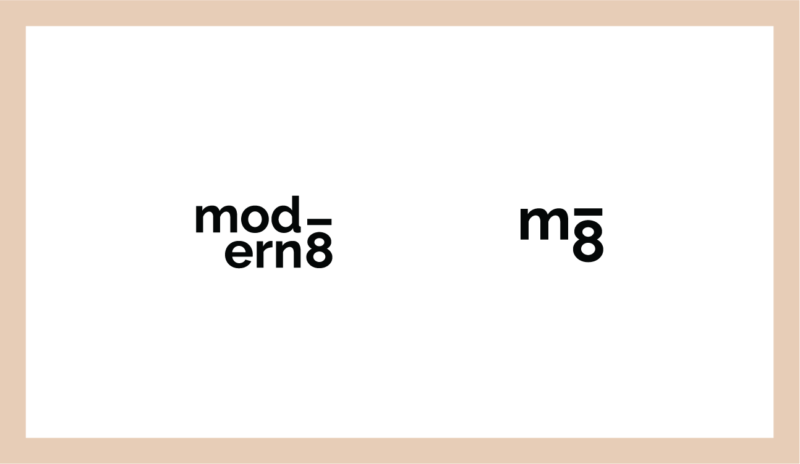 The most important element of the new identity is the wordmark. The unusual hyphenation of modern8 into two lines, acts as a visual attraction and incorporates the hyphen as an integral component of the final solution.

A compact version of our wordmark grew out of the internal use of the abbreviation m8. It functions as an additional symbol along side the 8man. 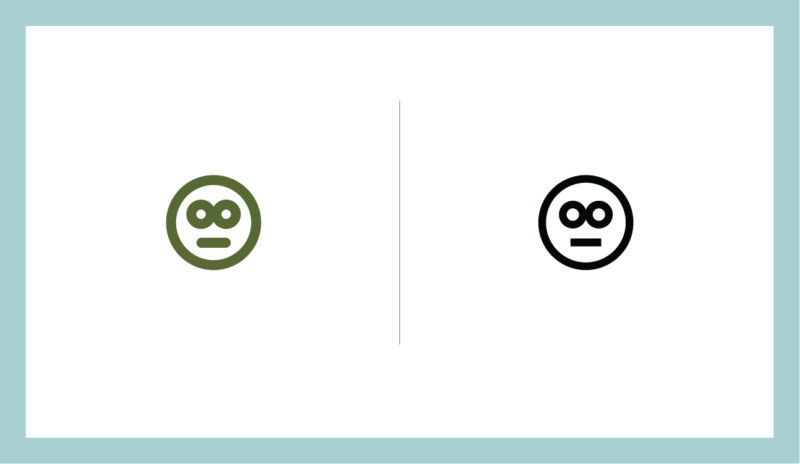 The use of the Eightman, our symbol, is now separated from the wordmark and acts independent of it. Subtle changes have been made, including to the terminals of the “mouth” stroke to match the hyphen in the wordmark. 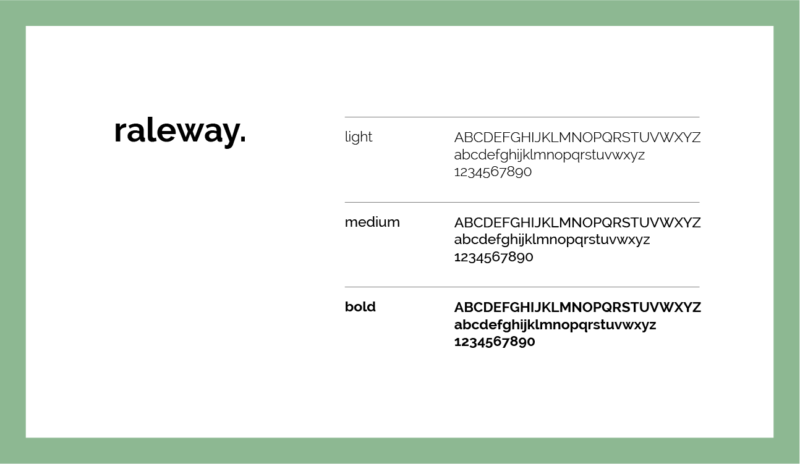 We use Raleway as our corporate typeface, a modern sans-serif, often displayed boldly and vertically oriented as it appears on our website.. 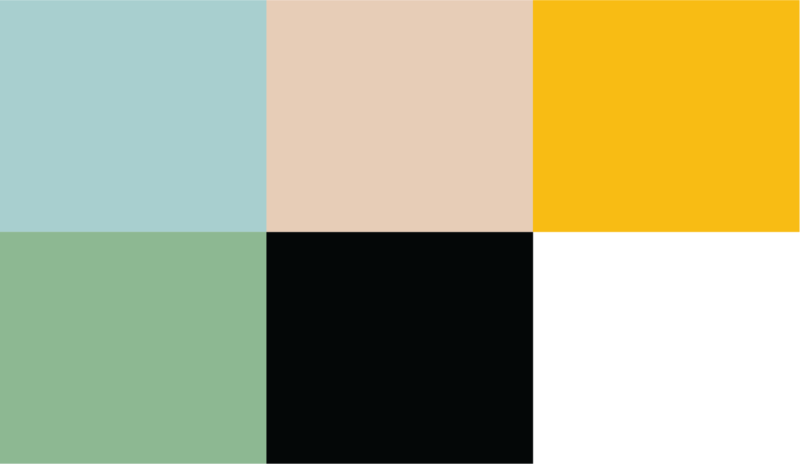 The color most associated with modern8 has always been an orange yellow. The old color has not been discarded, but a new complementary palette has been added, bringing the total up to five. The new palette is dynamically displayed on our home page.

We have always created custom illustrations for posts in our Thought Library, but in the past each illustration was different stylistically, depending on who created it and the message conveyed. We’ve adopted a collage style that mixes black and white photos, typography and bold strokes of our corporate colors to achieve a consistent look, despite a wide range of subject matter.

When we think about the changed world since modern8 was founded 18 years ago, it’s only natural that brand look and feel move forward with the times. It will continue to evolve and we love it.