Our long-term client, NIC, a public company who built their business providing online services to state governments, has started doing work with the federal government as well. We designed a site for the Pre-Employment Screening Program for the U.S. Department of Transportation. The site introduces color and imagery, (not the typical hallmarks of federal websites), to the program’s site which is intended to “make roads safer, one hire at a time.” 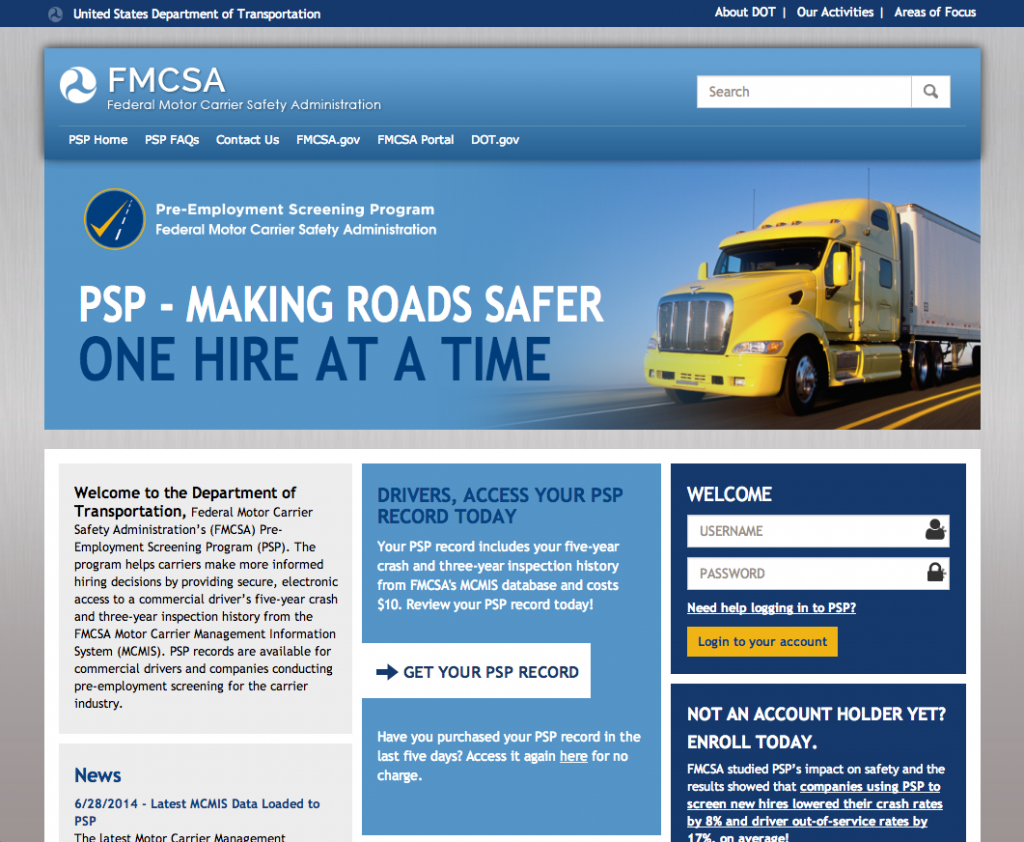 The Salt Lake letterpress printer, The Mandate Press, puts on an annual exhibition of invited artists to create work around an interesting theme. The printer produces letterpress prints of each artist’s work using the same paper stock and ink colors, bringing visual consistency to the show. The exhibiting artists works were further restricted to typographic solutions only, based on the theme “Words of Wisdom”. Randall Smith, modern8 Creative Director, designed a print reflecting a personal statement of interests. The “Pints & Prints” opening night exhibition was July 18, but the work of all 20 artists are currently on display during business hours at The Mandate Press. 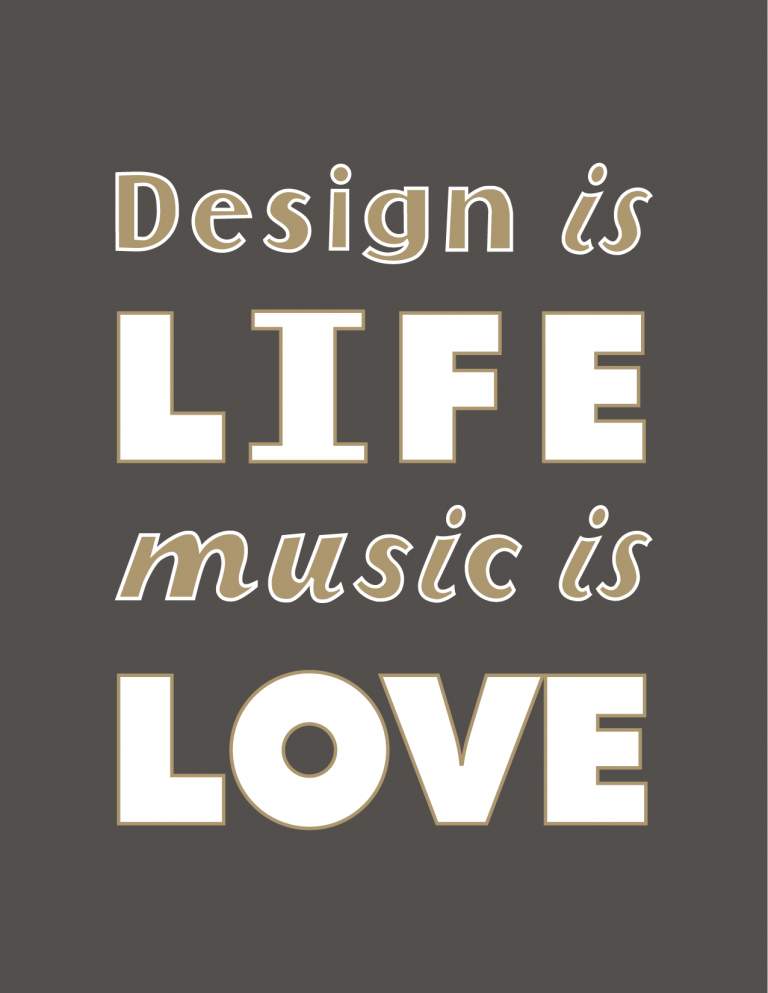 We’ve been working with Associated Brigham Contractors since the turn of the century. Besides the more typical projects (like designing their website, logo, brochure and ads) from time to time, both of us get to have a little fun. ABC, who normally builds nationwide facilities out of structural concrete, enjoys their off-times with equal intensity as well. Typically involving motorized vehicles, ABC participates in expeditions, competitions and “general mayhem” that are named and themed around cultural references. They recommend a graphic reference, and we design the mark—which includes everything from John Denver to Back to the Future. 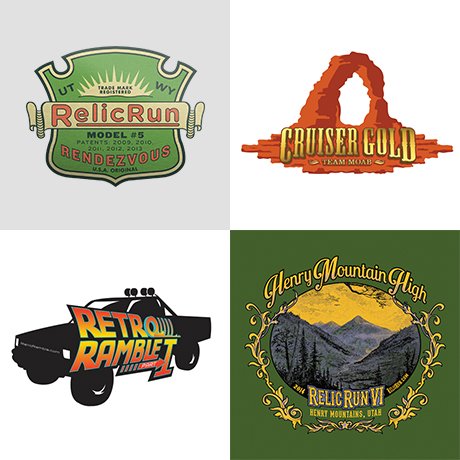 A few months ago, I was attending an industry luncheon, in recognition for my good friend and business associate Dave Newbold, who is partner and creative director in the Salt Lake advertising agency Richter7. I have long admired the creative work the agency produces. In Newbold’s acceptance speech, he commented that he asks new hires to read one book as a requirement of employment: The Fountainhead, by Ayn Rand.

I have long been familiar with the book, and even the philosophy Rand’s writings espouse. But I had never read it. I think I was way behind most of my contemporaries. Michael Bierut, the acclaimed Pentagram designer, read it the first time in the ninth grade and seven more times before his junior year in college. I admit I don’t often read novels. I’m much more likely to read business or professional volumes. But this was the beginning of summer and I thought, now’s the time. I downloaded it to my iPad and started reading before lunch was over.

It didn’t take me long to see why my creative director friend made it required reading. Howard Roark was one indomitable character. Roark, Ayn Rand’s protagonist, is an architect, and although graphic design and architecture are different disciplines, they are clearly bedfellows. Both disciplines have clients, and both can be judged aesthetically and functionally.

The story revolves around the hero and his determined adherence to the modern aesthetic while nearly everyone else prefers traditional Renaissance architecture. His obstinacy is both a virtue and a problem when it comes to making a living. His view toward clients is telling: “I don’t intend to build, in order to have clients. I intend to have clients in order to build.”

Last year was the 70th anniversary of the publication of The Fountainhead. The book has been heralded for doing more for the profession of architecture than any real architect has—shaping public perception, and inspiring thousands to enter the profession. At the same time, critics believe the book has damaged the practice of architecture. “In fact, The Fountainhead remains the perfect representation of everything that’s wrong with the profession, “ said Lance Hosey, Chief Sustainability Officer, RTKL.

“Everything that’s wrong” includes the characterization of the hero Roark as a “kid throwing a tantrum and smashing his toy blocks.” And indeed, Roark does defend his right to dynamite a building he designed because it wasn’t made the way he wanted. “I destroyed it because I did not choose to let it exist.” Are today’s most famous architects like the book’s hero? Frank Gehry said, “I don’t know why people hire architects and tell them what to do.” He further claimed
that denying the architect’s right to self-expression is like denying democracy.

The freedom for artistic self-expression seems pretty much to be a given in any society, democratic or otherwise. But then there’s always the client. As Hosey asks, “What is the purpose of design? Is it meant to please the designer, or is it meant to please everyone else?”

Graphic designers rarely achieve the public acclaim that architects do. There is no comparable title like “Starchitects”, a term for the outsize personalities of Frank Gehry or Rem Koolhaus. Perhaps that’s good, because regardless of the design discipline, I believe the purpose of design is to please as many as possible—including the client. Including the designer. And The Fountainhead is a good read, but it’s fiction.

Our client, American Research Bureau, is in the most interesting, yet least known industry ever—finding missing and unknown heirs. Of course, most of us would like to be an heir, particularly if we didn’t know it was coming. We’ve done a complete re-branding of the 80 year-old firm. We designed their logo—including a helpful tagline, designed their website and recently completed brochures addressed to different audiences. Most of our efforts are designed to overcome the natural perception that most people have—that “this must be some kind of scam”—and yet it isn’t.

From Shakespeare to underground cult classics—Salt Lake’s premier theatrical experience, Pioneer Theatre Company, has another season of great performances for which we are providing marketing. The upcoming 2014-2015 season is described in the brochure we designed, which features illustrations for each of the plays, including two by modern8 designer Mike Harris. Throughout the year, we design billboards, banners and newspaper ads for each of the productions.  Our relationship with PTC goes back to the mid-90s.

“Man gave names to all the animals.”  – Bob Dylan

We’ve been naming a lot of companies and products lately. Naming kids is actually easier. The problem with naming companies is there’s so much at stake. Painful as it is to admit, the right company name may be even more important than the trademark that brings that company name to life. Company names last longer than anything else we develop.

Words have real power. In 1969, Arthur Penrose, an English physicist, named his recent discovery a “gravitationally totally collapsed object”. Not surprisingly, with a name like that, little attention was paid to his discovery. Months later he called it a “black hole” and the news spread around the world.

Our strategic services often bring to light naming problems. We search for a differentiated position for the brand, but if the name of the company is not memorable or is easily confused with the brands of competitors, the task becomes difficult, perhaps impossible. Such is often the case in B2B and service firms.

Brand names usually fit with one the following types:

Descriptive: Names that describe the nature of the business or product, like Toys R Us, or General Electric. Descriptive names have inherent value, but are often difficult to make unique.

Initialism: Like HP, UPS, or IBM. Although popular—particularly for companies who have moved past the meaning of their original names—we rarely recommend it.  Initials are not memorable and easily confused with others. Unless you’ve got the advertising budget of IBM, we suggest you stay away from initials.

Founders’ Names: Using the names of real people, such as Dell, Disney or Charles Schwab can be unique, but of course, tell you nothing about the company.

Neologisms: Completely made-up words like Wii, Exxon, Xerox and Accenture are very distinctive and with sufficient marketing, you can build your desired meanings into the name.

Metaphorical: Based on places, things, myths and foreign words, metaphorical names suggest a quality or attribute of the company. They are good for differentiation. In the 1980s, Apple selected the most unlikely of names to distinguish themselves from other computer-makers like IBM and NEC.

Names that are available as URLs, which are suitable globally and don’t infringe on other trademarks, makes naming an even more difficult task. There are companies like Lexicon, who have been paid handsomely to come up with names like BlackBerry, Dasani and Swiffer. Despite their success, Lexicon CEO David Placek, says, “Most clients feel that they’re going to know the perfect name as soon as they see it, but it doesn’t happen that way.” Even “BlackBerry” was not immediately accepted. The client was more interested in descriptive names like “EasyMail”.

Design can compensate for poor names and integrate intangibles, like mood and personality. Of course, the right name and the right logo are the most powerful combination.