It happened again, two Saturdays ago: modern8 attended the AIGA 100 Show. The work was considerably creative, the mood was fantastic, and the collective people gathered that night were a great mix of those who are designers and those who are appreciators of great design. modern8 is so proud to have showcased alongside the collective creativity and phenomenal work from Utah.

Also, there was a little surprise thrown into the mix at the evening’s Copper Ingot ceremony, as Randall Smith—modern8’s Creative Director—was awarded the AIGA Fellow Award from the National AIGA. It was an exciting surprise, well-kept by the crew at modern8, and we were sure to cheer for him loudly when they announced his name. Congratulations, Randall!

Among Randall’s achievement that night, modern8 was also featured at the AIGA 100 Show exhibit for our magazine design for Studio, the University of Utah’s College of Art & Architecture’s annual publication, and our illustrated holiday themed belly bands for local company, Ritual Chocolate, whose branding and identity we also designed.

modern8 has designed Studio Magazine since 2015, and, due to fact that it is a publication for the College of Art & Architecture, we push to create unique and thoughtful editorial designs for each spread within the magazine. It’s always a fun challenge and creative endeavor to concept and execute creative layout designs from issue to issue, but the final print of the issue is always worth it.

Packaging design is one of our favorite ways to help clients expand their brand. Since we had worked on Ritual Chocolate’s brand strategy, which included their current identity and illustrated packaging design, modern8 was excited to add these custom, holiday themed belly bands to their display. We worked to create an additional set of new illustrations to remain cohesive to their brand aesthetic.

All-in-all, it was a successful night to view the variety of publication design, branding work, animation, illustration, and more among the local work featured at the exhibit. Congratulations to those who won a Copper Ingot Award—two of whom were former modern8 interns, Annie Hall and Kevin Tomas—and were featured in the design show!

A few years ago, as a side project of modern8, we picked some of our favorite SLC buildings to illustrate and turn into posters—after all, we love architecture and think our city has some pretty great buildings to show off. One of our most popular posters, the downtown Salt Lake Library, caught the attention of some of the library staff. They asked us to print over 100 smaller posters to be distributed as their Christmas gifts that year. How could we say “no”?

The illustrated posters were so well received that each of the libraries wanted one of their own, and a few months later, we were commissioned to illustrate all of the remaining Salt Lake City Libraries. The illustrations will be used on a set of postcards to be distributed during the library’s Super Summer Challenge, and blank greeting cards for “thank you” messages to be sent to those who have helped with services or programs (like Colson Whitehead who presented a lecture just last month).

We had a lot of fun working on these—some were even our own neighborhood libraries.

Nature’s Seed isn’t new to grass seed. They’ve been offering their premium product to commercial users for almost 30 years. When they came to us last fall, they wanted to increase their consumer brand’s revenue by 200% in 2018…

We proposed the 5d Head & Heart Brand Design Process as a means to help them achieve their goal. In our discovery process, we quickly identified that they needed positioning and branding platforms as rational and emotional differentiators from their competitors. We started with an in-depth look at their competition where we learned that they are the only seed company who provides custom seed blends across their entire product lines by geographic location—this became their “Only Only”. We also learned in our interviews that Nature’s Seed customers have a real connection to their ground, an almost spiritual experience when they tend to their seed–this became their brand promise and their brand story.

Nature’s Seed signed off on their strategic recommendations–both their positioning and branding platforms and we felt ready to bring both the “head and heart” together in the next stage of design. After a selection from the three mood boards we presented, we designed six different identity concepts, based on the approved strategy, and showed them in context on packaging, business cards, and social media to help bring the proposed solution to life. It was a tough decision, we even revised a couple of the options, but they came back to the original concept that struck an emotional chord from the beginning.

We have wrapped up the key brand touchpoints and are now feverishly working on a new user experience and website design, optimized Amazon pages, and a refresh of the packaging, and feel confident these changes coupled with strong messaging and content marketing will drive the results to surpass their goals. 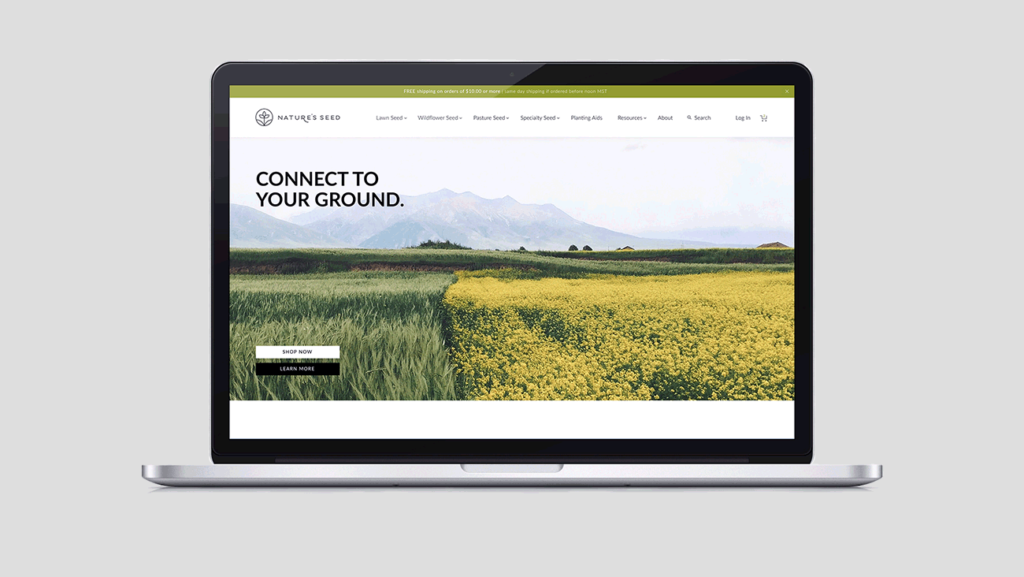 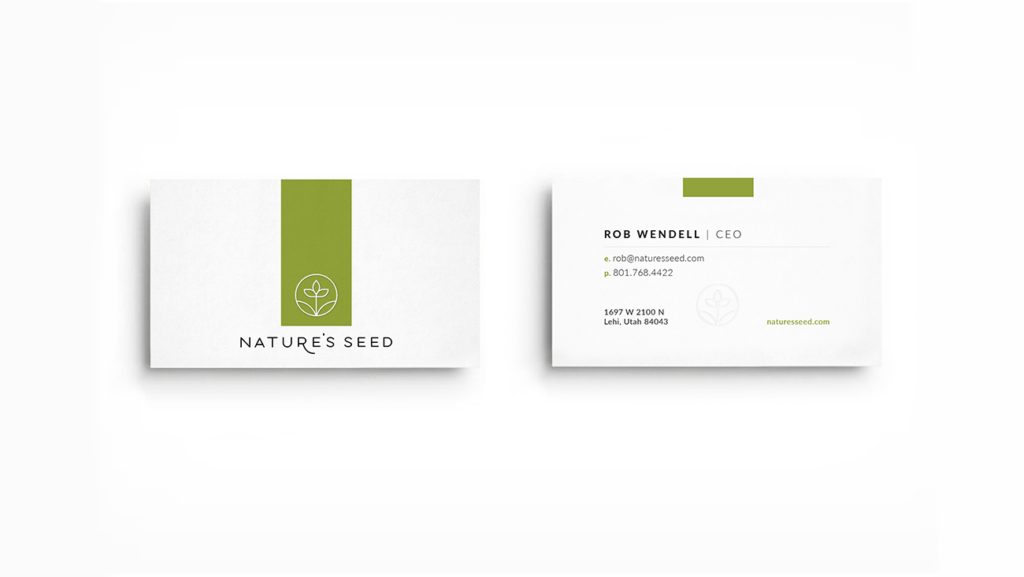 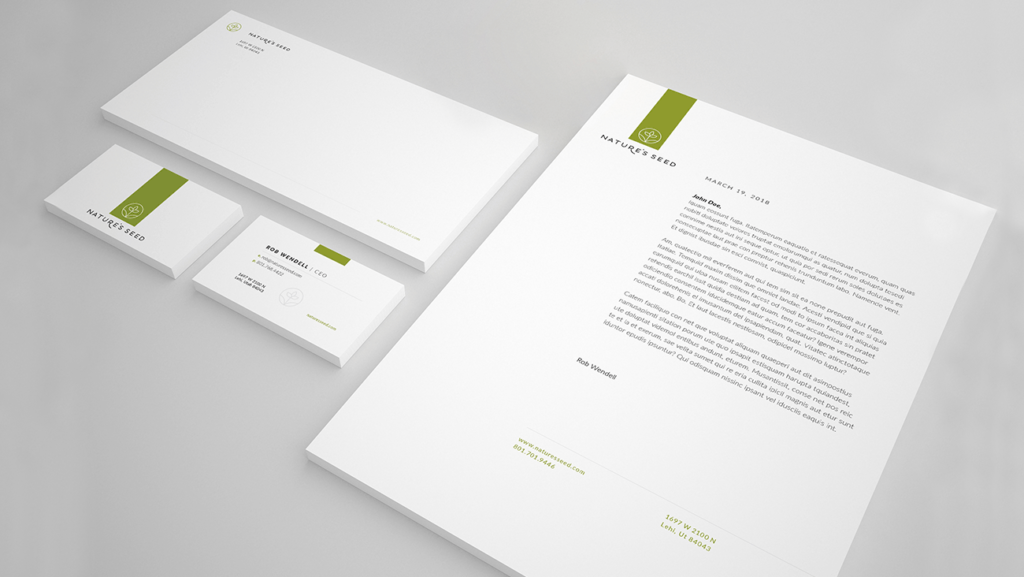 We’ve been designing and giving out modern8 holiday t-shirts for as long as we’ve been around—since 2001, if you were wondering….

Every year, we’ve talked about finally changing things up, but always came back to the old tried and true. This past holiday we must have started planning early, because we pulled it off–we designed custom pencils and accompanying boxes with the new modern8 logo and updated look and feel. Sleek black and white with a pop of our corporate yellow. 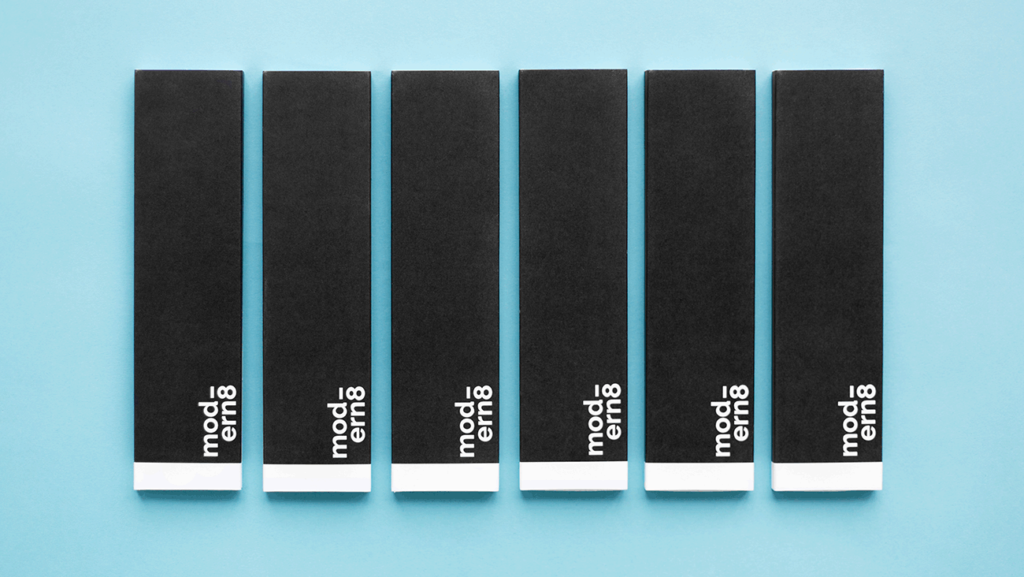 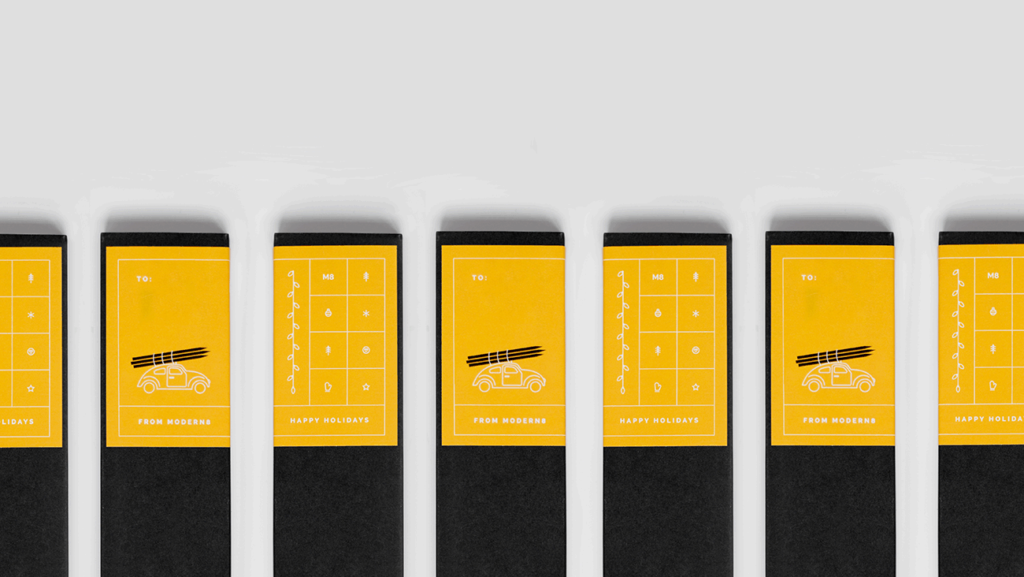 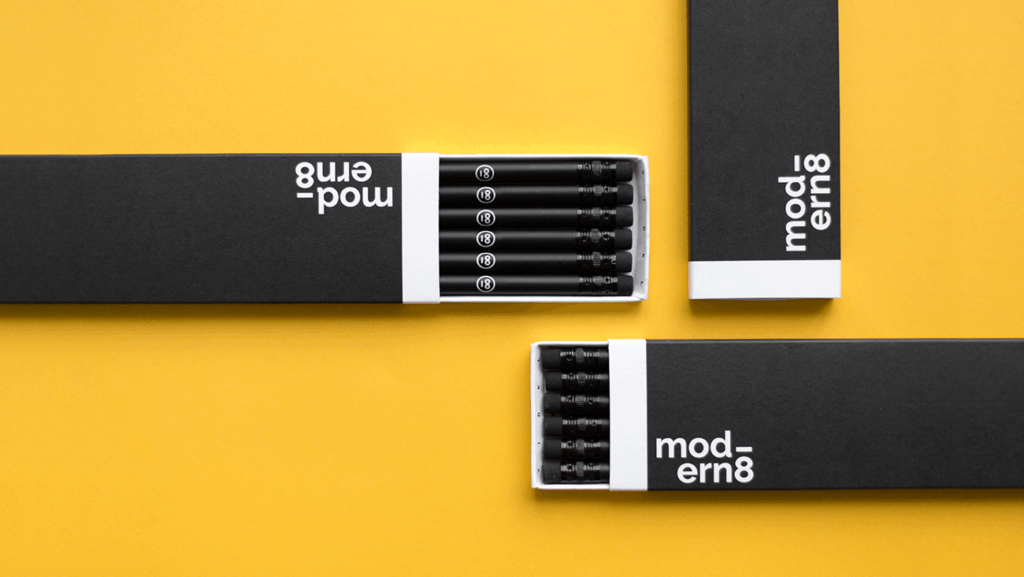 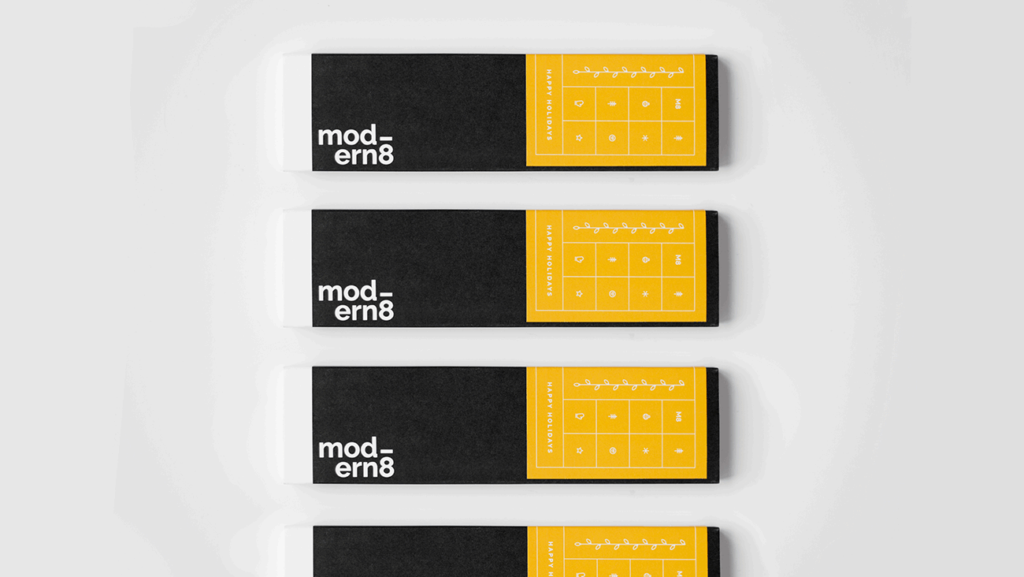 If you feel nostalgic towards any of the past 15 years of tees, don’t worry, you can still get your hands on one of them here.

We’ve done a lot of work in technology, and we’ve designed a lot of packaging for consumer goods. With Divvy, we brought it all together. Divvy is a payment platform for businesses that use an app and a credit card to manage costs and automate reports. When users receive their new Divvy credit card, it’s important the package opening experience says, “this is no ordinary card.” We designed a slow multi-flap reveal that positions the card as personally important and as a new management tool. 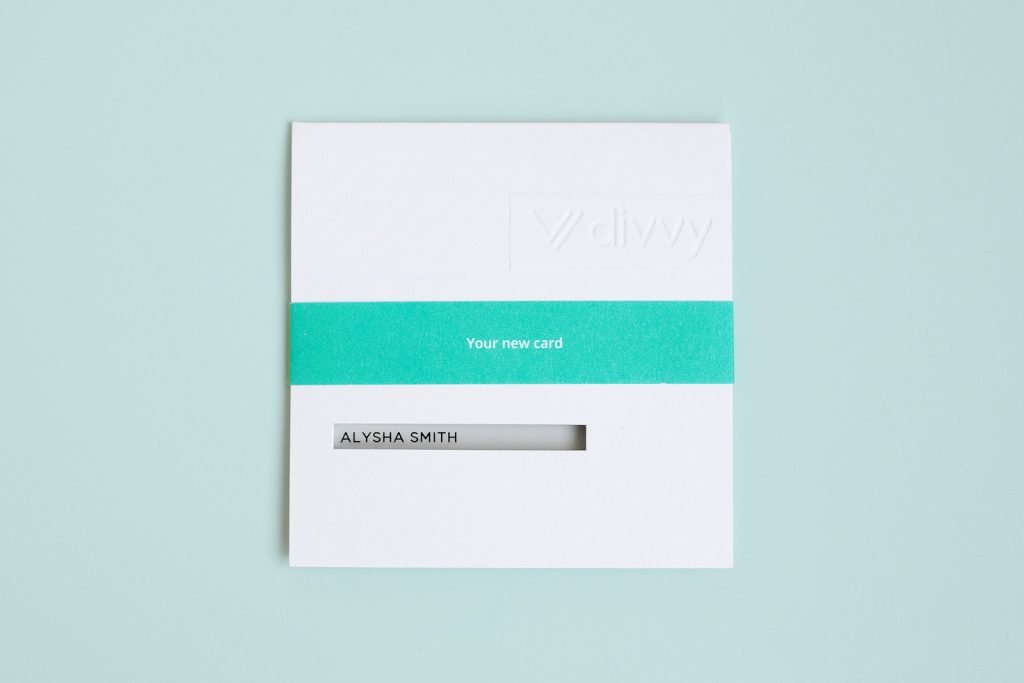 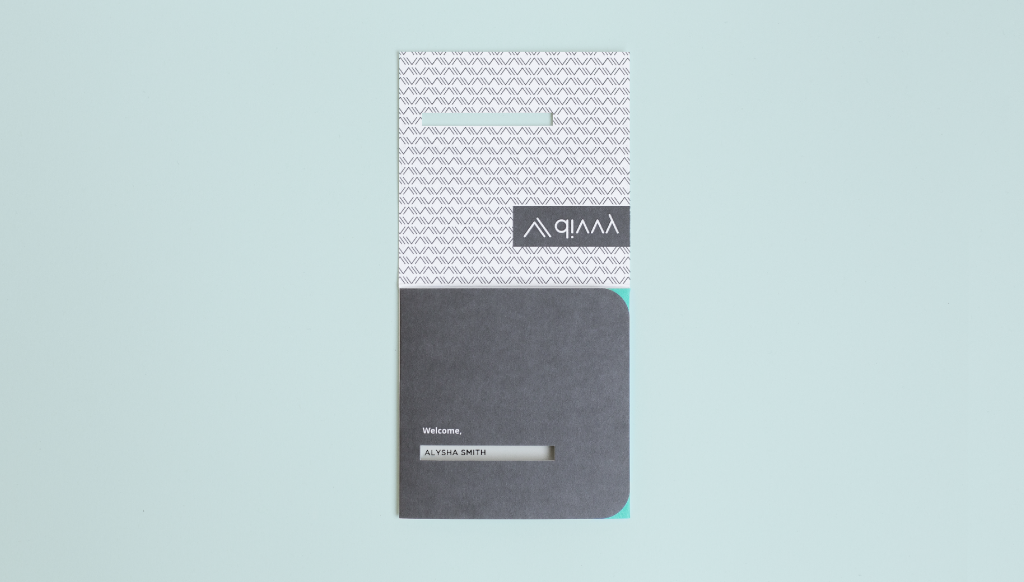 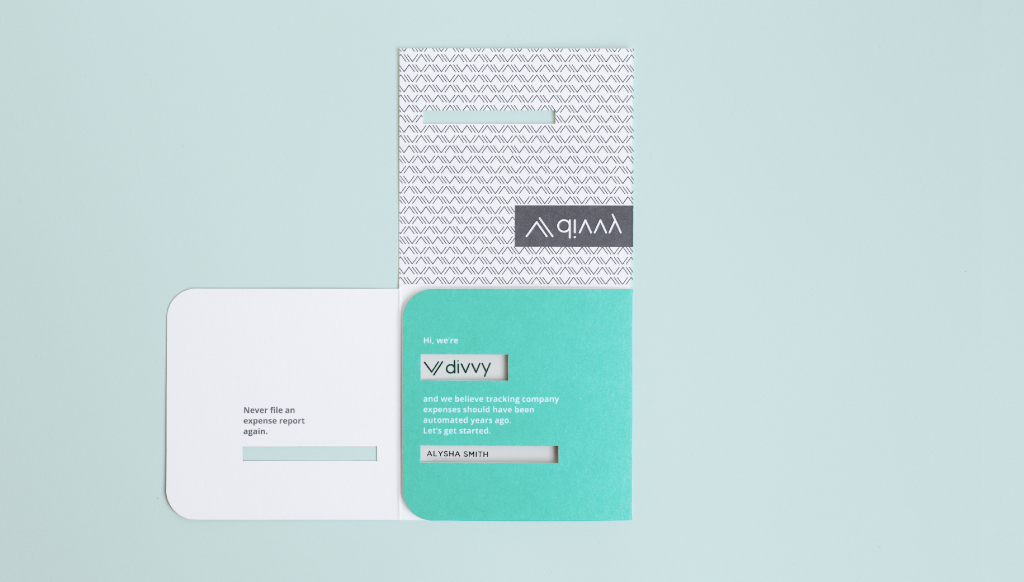 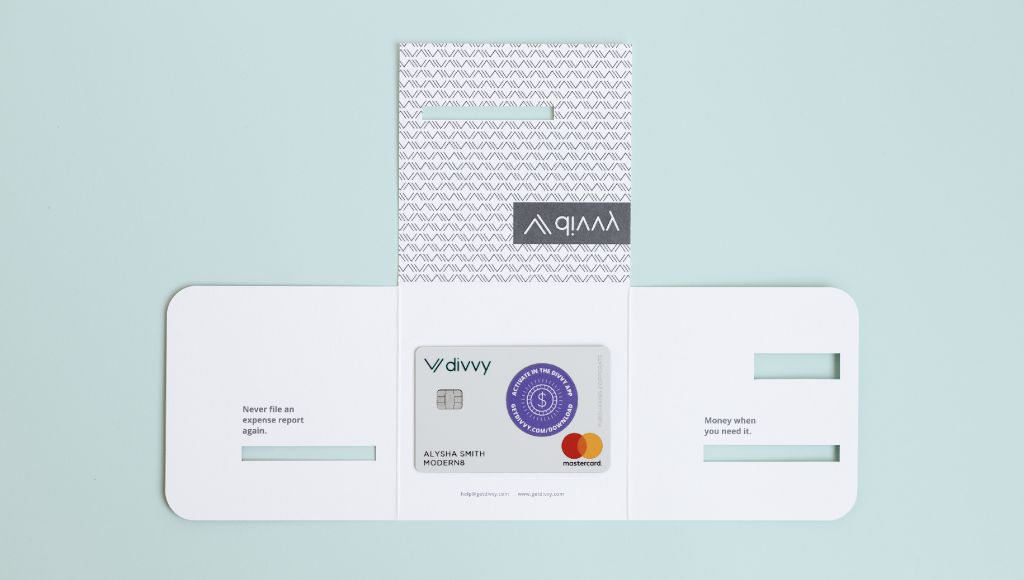 It was inevitable. We haven’t done a lot of social media for clients in the past, but three years ago we designed the logo, the packaging and the website for a local snack foods startup called nush. Now, we’re doing their social media as well.  The product has no added sugar and dramatically low carbs, so we’ve got a good story to tell. We think social media too often lacks the emotional connections that strong creative can produce. Early results show we’re right. Facebook “likes” are up 65% in only one month. 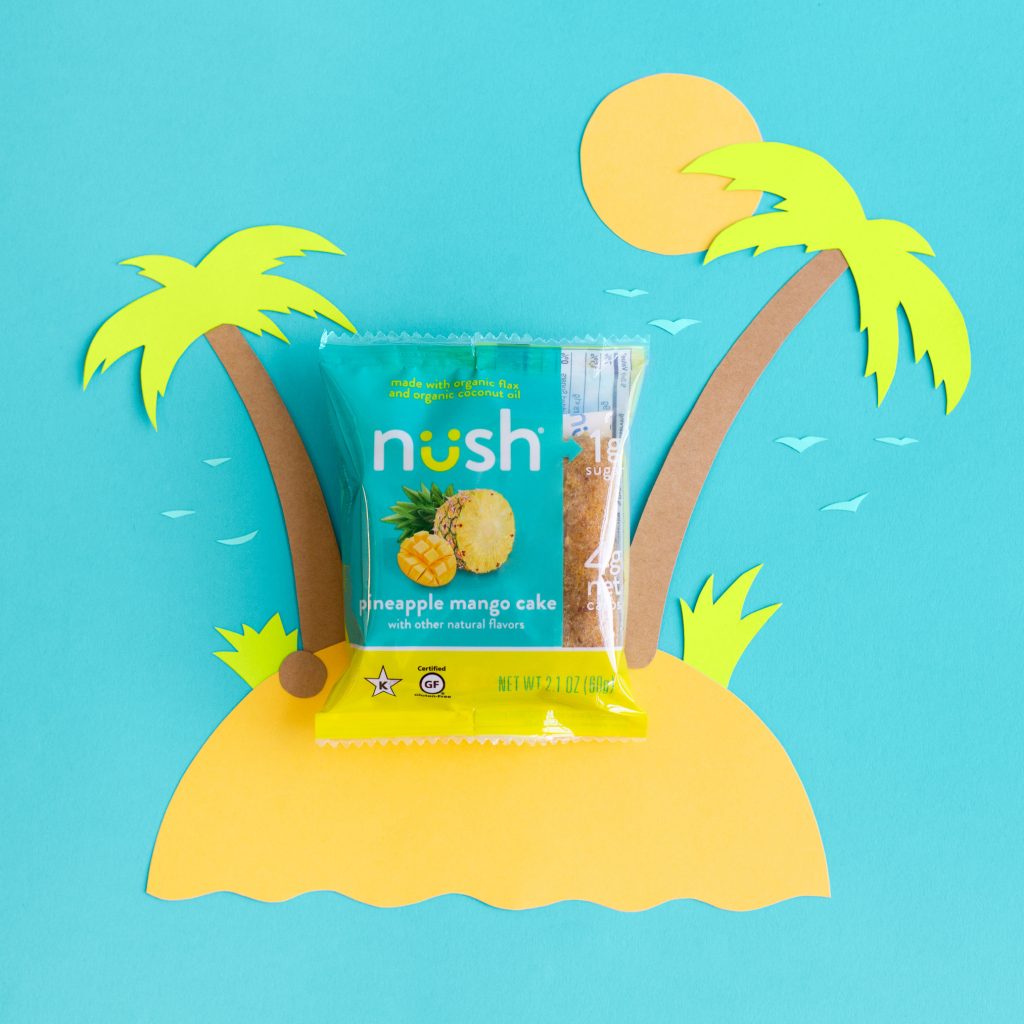 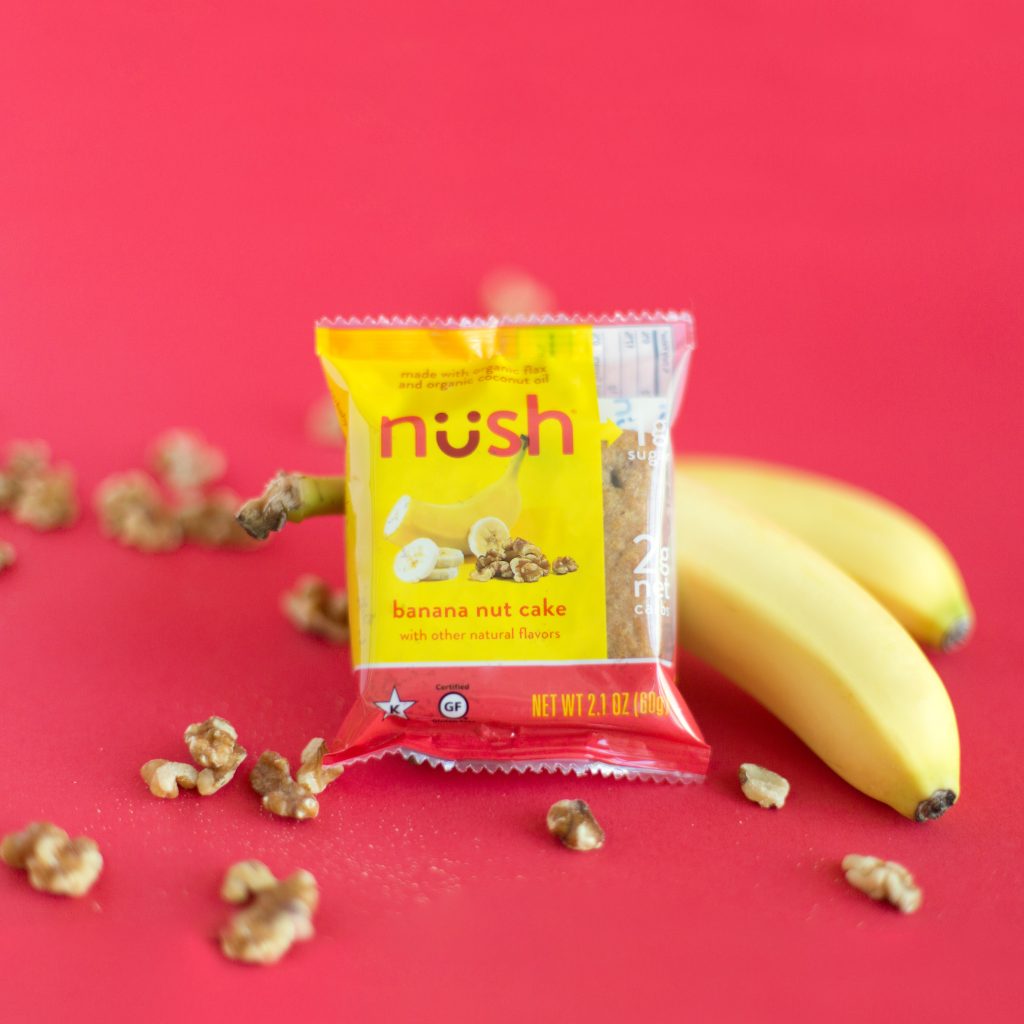 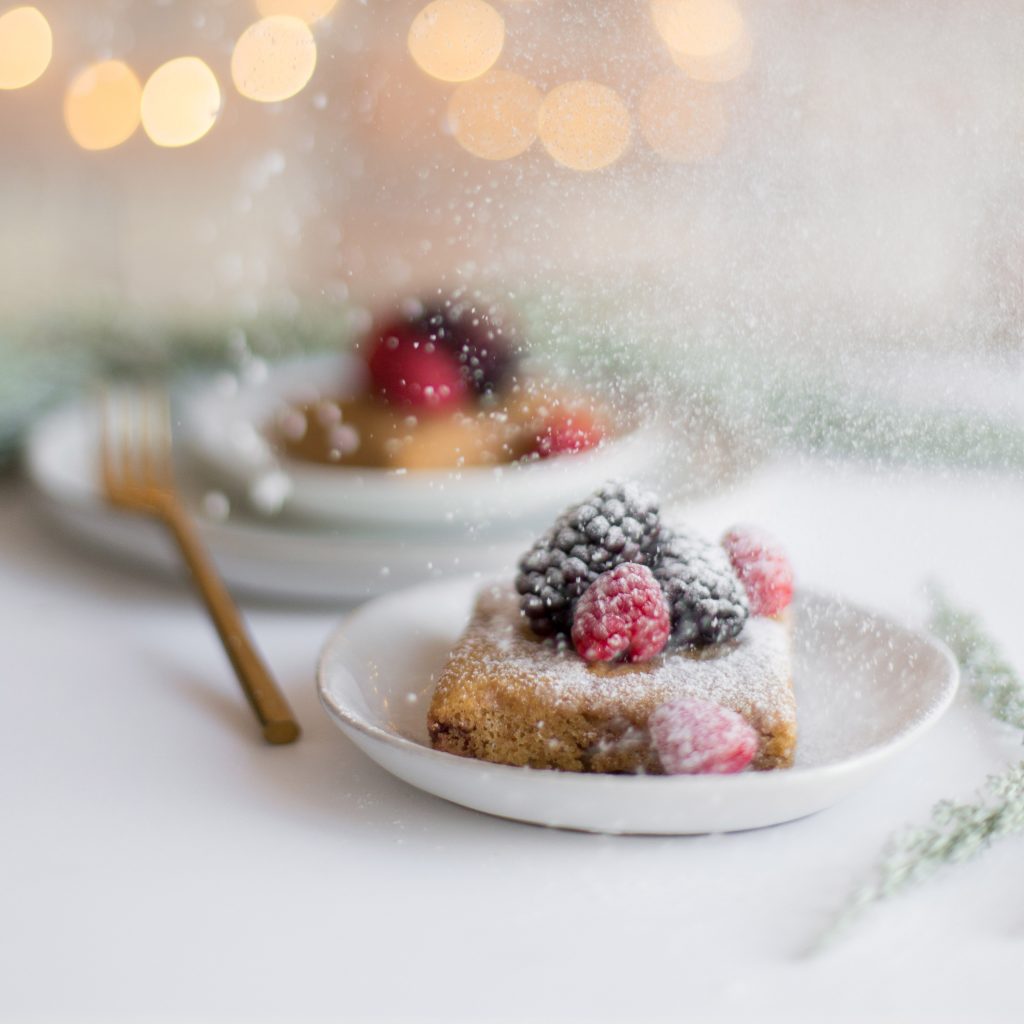 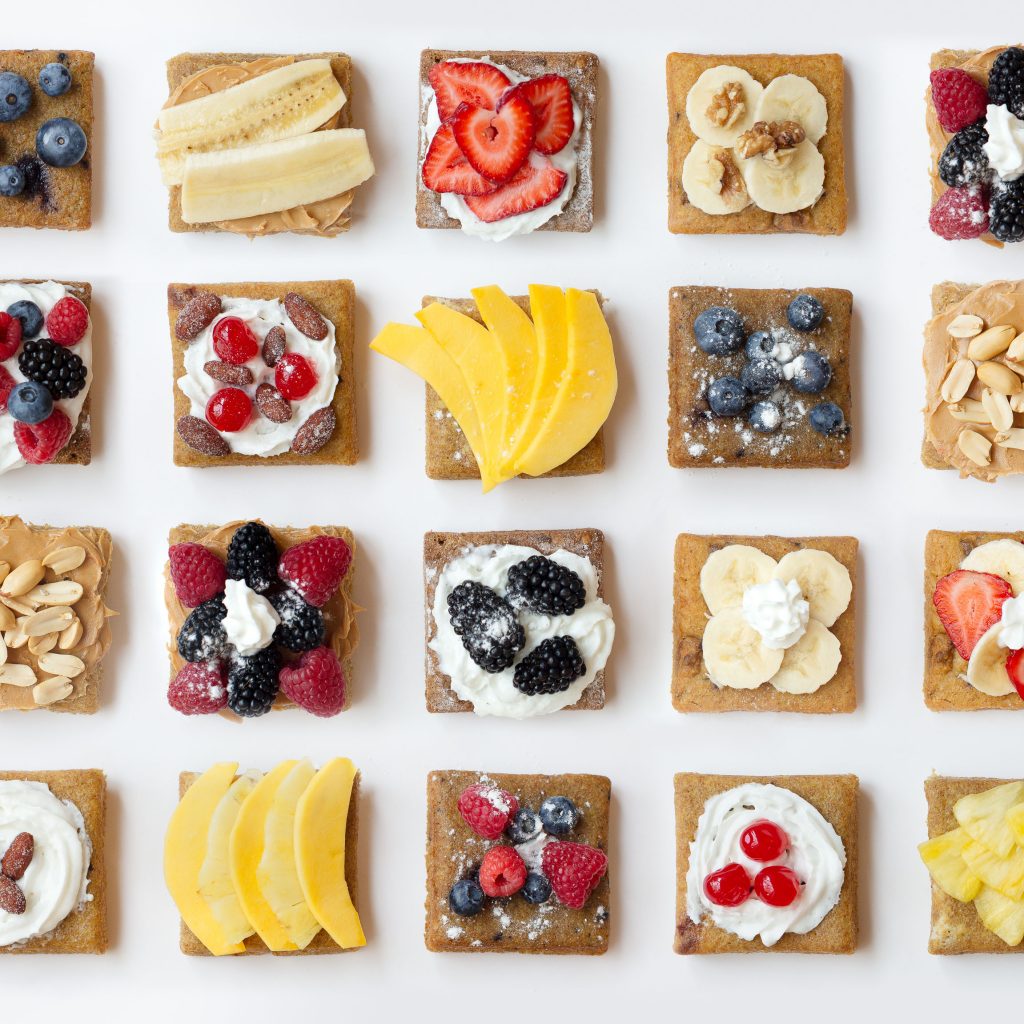 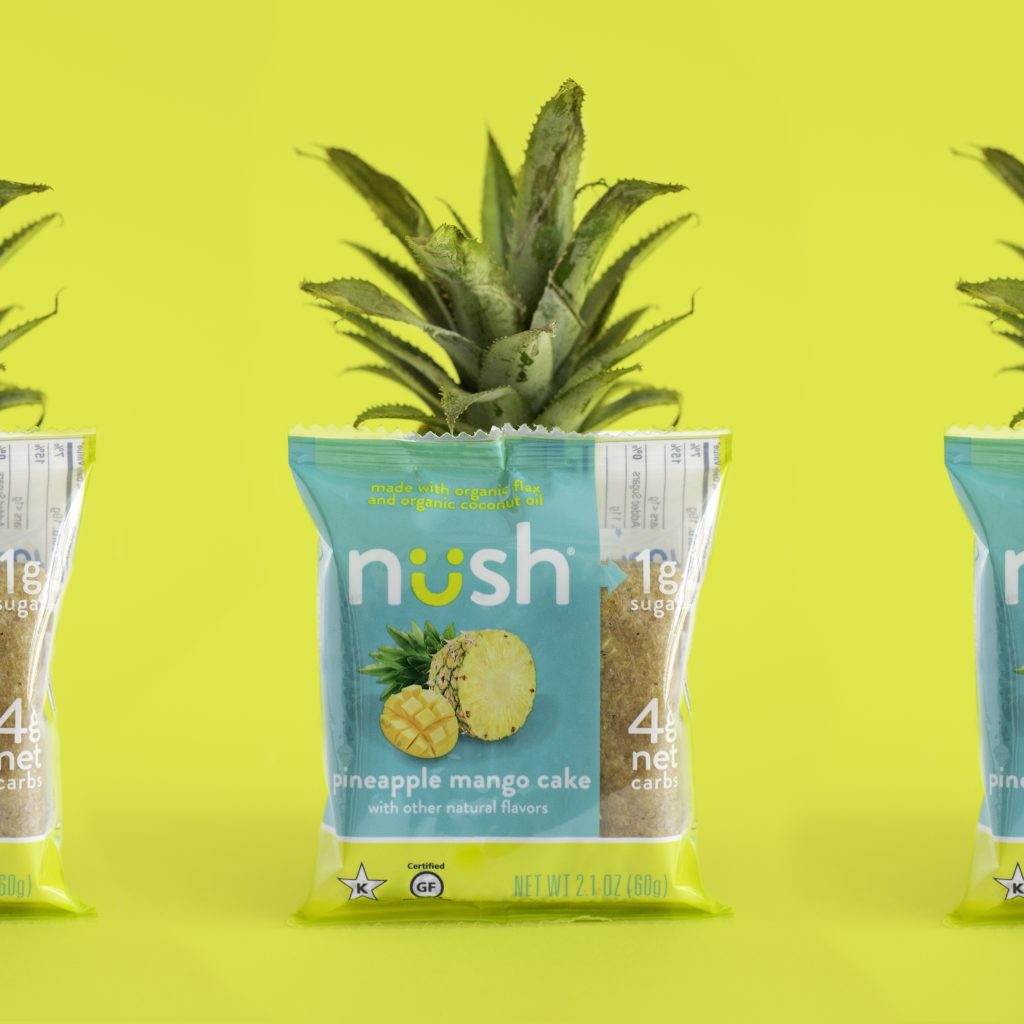 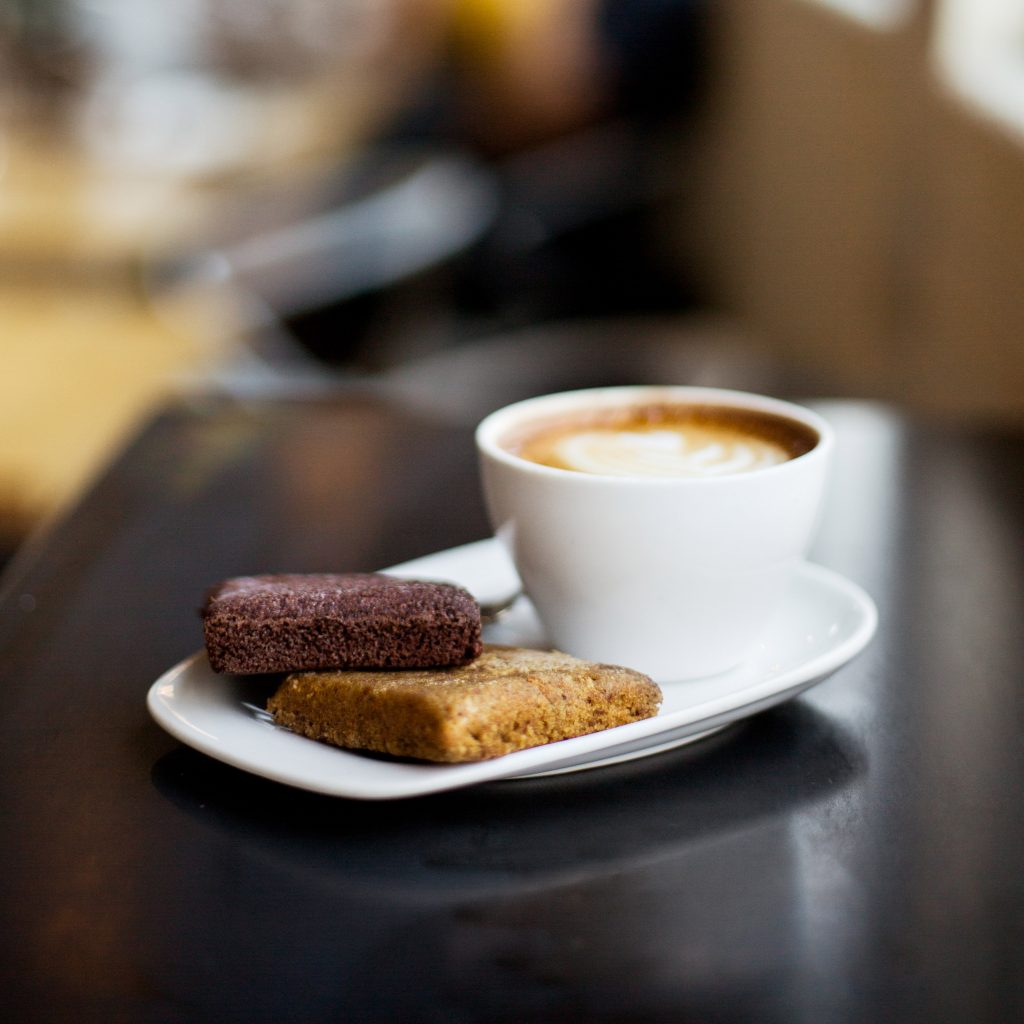 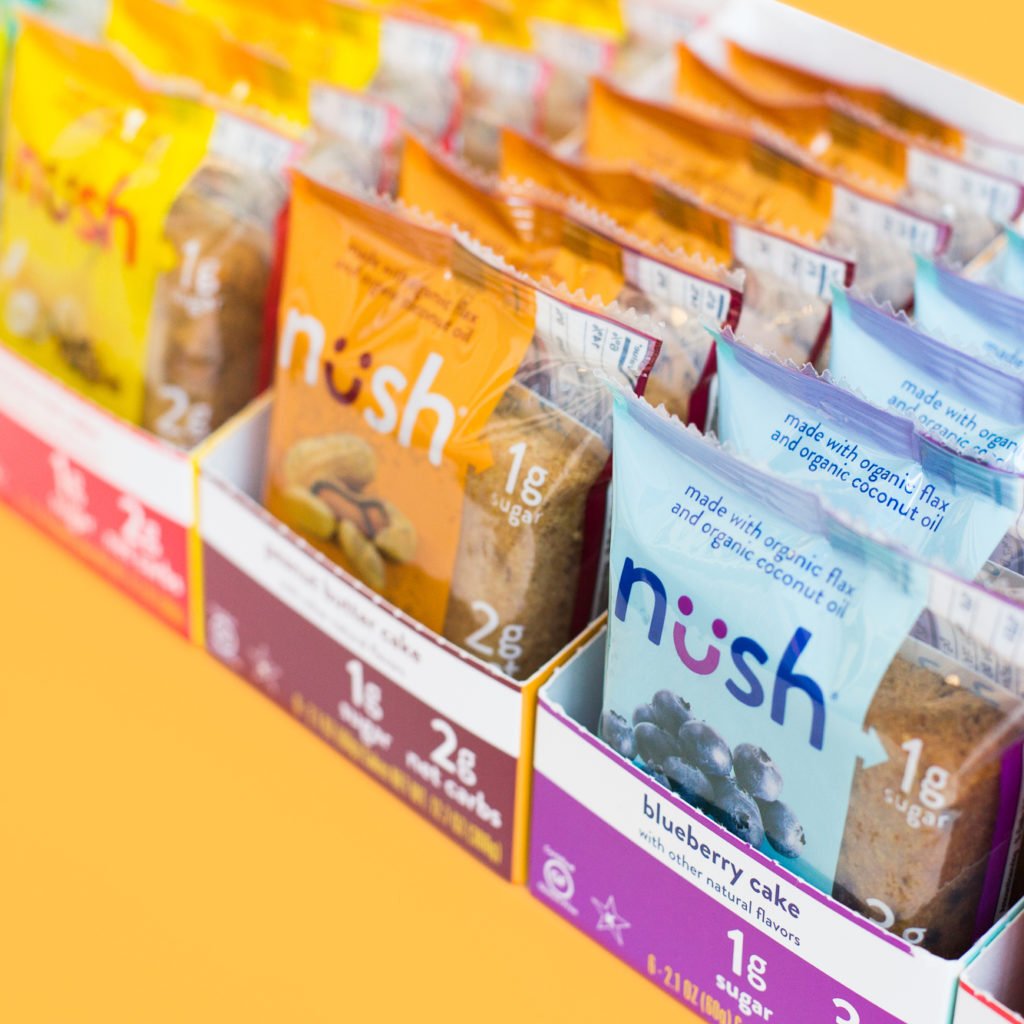 Associated Brigham Contractors has been a client of modern8 since the late 90s. The specialty construction company travels the nation, building structural concrete solutions for industrial operations. The brand message of speed, accuracy and commitment is integrated with on-site photography that captures their well-known company camaraderie. 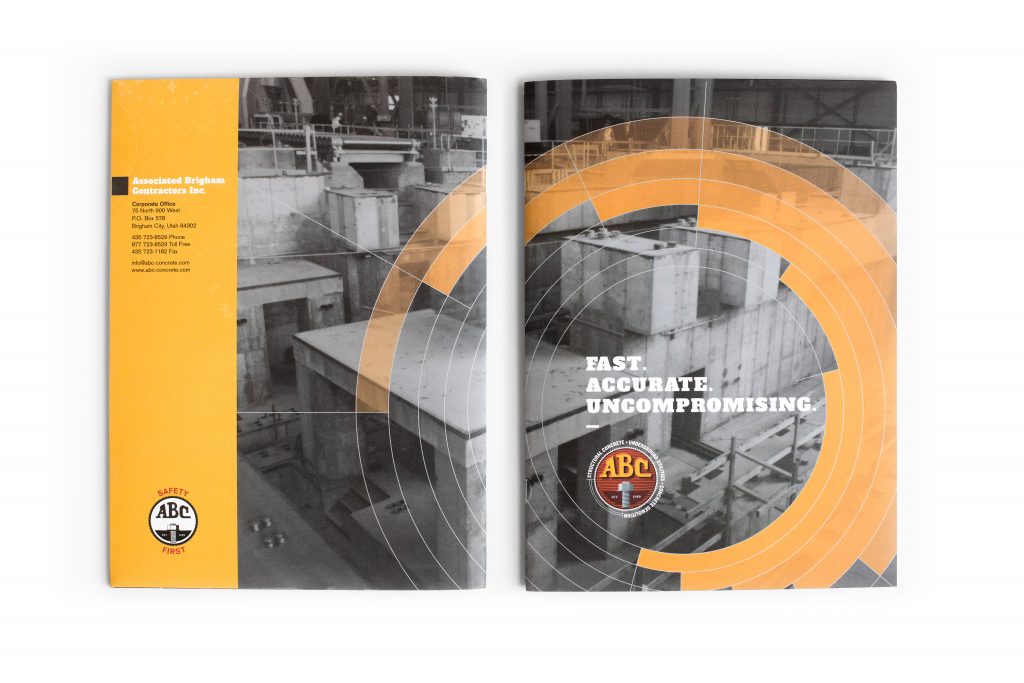 We designed the Tailor Built logo four years ago, when the fledging Utah builder was just beginning. With their homes now popping up all over the Wasatch front, we were engaged to update all of their marketing materials. We took them through our 5d Emotional Branding Process to help us understand how things had changed. 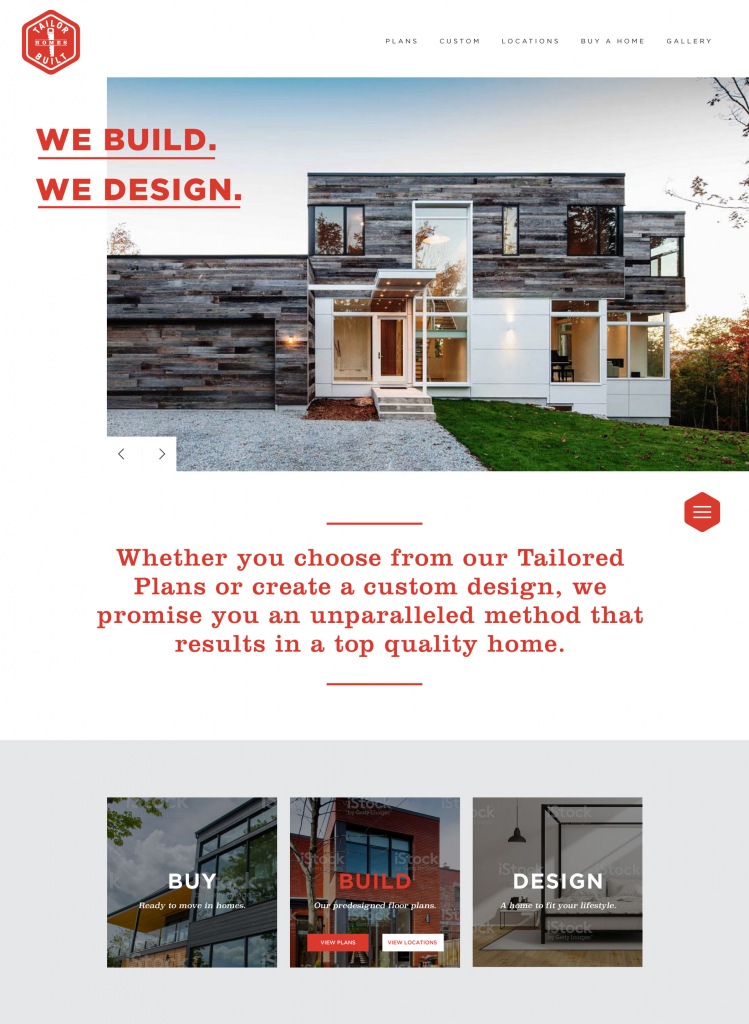 We proposed the simple tagline, “We build. We design.”, which positions the company in a unique space, because most of their competition either builds or designs, but rarely do both. The website design is a progressive, modern solution, keeping their emphasis on modern homes. A hint of tradition is reflected in the slab-serif Clarendon typeface, which is mixed with the more modern Gotham.

Our relationship with the University of Utah runs deep. From alumni, to interns, to four years of work with the College of Fine Arts, and two decades with Pioneer Theatre Company—we count the connections we share the school. The S.J. Quinney College of Law at the U publishes a twice-yearly publication named Res Gestae. The purpose of the magazine-like publication is to share issues, news and information with alumni, the University, and professional communities. modern8 was engaged for a complete overhaul of the 60-page publication. The design of the magazine reflects inspiration from the new College of Law facility on the southwest corner of the campus. The first issue went out in June with a conceptually-driven cover feature on the profession’s gender gap. We’re working on the second issue now.

For the fourth year running, we designed Studio, the annual publication of the College of Fine Arts at the University of Utah. The magazine-like brochure is a 44 page review of the past year in the arts, and serves as an annual report for the College. Each major story is treated with typographic and photographic displays that amplify the impact and message behind Utah’s leading educational institution. Besides designing, we direct the printing and photography, and coordinate the complete solution.