coming up with names 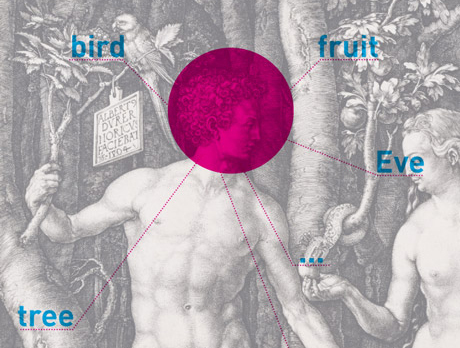 “Man gave names to all the animals.”  – Bob Dylan

We’ve been naming a lot of companies and products lately. Naming kids is actually easier. The problem with naming companies is there’s so much at stake. Painful as it is to admit, the right company name may be even more important than the trademark that brings that company name to life. Company names last longer than anything else we develop.

Words have real power. In 1969, Arthur Penrose, an English physicist, named his recent discovery a “gravitationally totally collapsed object”. Not surprisingly, with a name like that, little attention was paid to his discovery. Months later he called it a “black hole” and the news spread around the world.

Our strategic services often bring to light naming problems. We search for a differentiated position for the brand, but if the name of the company is not memorable or is easily confused with the brands of competitors, the task becomes difficult, perhaps impossible. Such is often the case in B2B and service firms.

Brand names usually fit with one the following types:

Descriptive: Names that describe the nature of the business or product, like Toys R Us, or General Electric. Descriptive names have inherent value, but are often difficult to make unique.

Initialism: Like HP, UPS, or IBM. Although popular—particularly for companies who have moved past the meaning of their original names—we rarely recommend it.  Initials are not memorable and easily confused with others. Unless you’ve got the advertising budget of IBM, we suggest you stay away from initials.

Founders’ Names: Using the names of real people, such as Dell, Disney or Charles Schwab can be unique, but of course, tell you nothing about the company.

Neologisms: Completely made-up words like Wii, Exxon, Xerox and Accenture are very distinctive and with sufficient marketing, you can build your desired meanings into the name.

Metaphorical: Based on places, things, myths and foreign words, metaphorical names suggest a quality or attribute of the company. They are good for differentiation. In the 1980s, Apple selected the most unlikely of names to distinguish themselves from other computer-makers like IBM and NEC.

Names that are available as URLs, which are suitable globally and don’t infringe on other trademarks, makes naming an even more difficult task. There are companies like Lexicon, who have been paid handsomely to come up with names like BlackBerry, Dasani and Swiffer. Despite their success, Lexicon CEO David Placek, says, “Most clients feel that they’re going to know the perfect name as soon as they see it, but it doesn’t happen that way.” Even “BlackBerry” was not immediately accepted. The client was more interested in descriptive names like “EasyMail”.

Design can compensate for poor names and integrate intangibles, like mood and personality. Of course, the right name and the right logo are the most powerful combination.